Posted by Fred McKinley on September 7, 2014 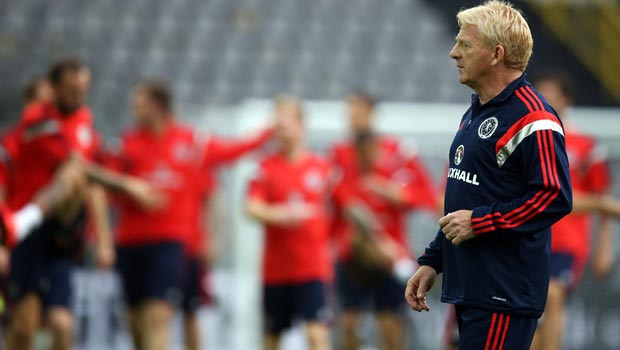 Scotland coach Gordon Strachan claims his players are “in a good place” as they look to upset world champions Germany in Sunday night’s opening Euro 2016 Group D qualifier in Dortmund.

The Tartan Army are unbeaten in their last six outings under the leadership of Strachan and they head to Germany knowing the hosts are overwhelming favourites in their first competitive match since lifting the World Cup in Brazil in July.

However, while the 57-year-old acknowledges that Joachim Low’s side has been depleted by the retirement of some key players and the loss of others, such as Bayern Munich midfielder Bastian Schweinsteiger, he claims Scotland will be “respectful” of their “top class” opponents.

But Strachan feels the atmosphere and spirit now instilled in the squad could help Scotland pull off a surprise victory.
He said: “I would have felt a bit different a year ago, before we played Croatia away.

“Since then the group have become more comfortable with each other, more understanding, and the players we have brought into the squad have definitely added to the squad.

“Best time to play Germany? I just think for us it is a good time for us to play together. We are in a good place.

“We are respectful of Germany, we understand how good they are, but we are happy with what we have been doing in the last year at least.

“The players will know what is required from them.”

Strachan added: “This will be Germany’s first competitive match after being world champions and we know what to expect.

Germany are 1.10 to win Group D, while the Scots are 31.00 to top the group and qualify for the tournament in France.