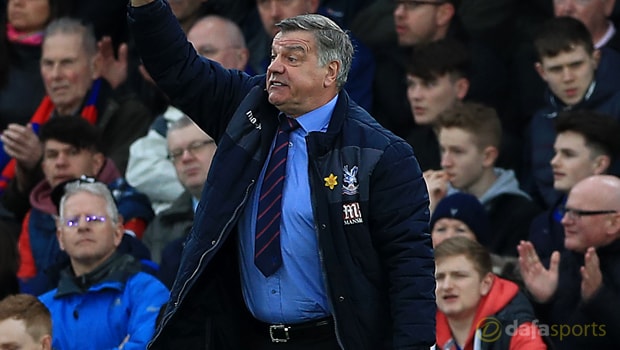 The Eagles headed into the international break on the back of three straight wins without conceding, a run that has lifted them up to 16th in the table.

However, they are still far from safety and face arguably the toughest test of all when they take on the Blues at Stamford Bridge.

Chelsea sit 10 points clear at the top of the standings but Palace won at the Bridge last season and will be confident of an upset.

Allardyce initially struggled after taking over at Selhurst Park in December but seems to be working his magic again and could be about to engineer another successful fight against relegation.

The goalkeeping position has at times been an issue for the club in recent months, with Hennessey, Julian Speroni and Steve Mandanda all wearing the gloves at various points in the campaign.

Having seemingly nailed down his spot, Hennessey says the competition for places has been key to his side’s revival, admitting the boss has ensured everyone is pushing for a first team place.

“When a new manager comes in every player wants to try and keep their shirt,” he told the Sun. “Hopefully that’s what I’ve done with Sam Allardyce coming in.

“Sam came in and settled really well – he’s got us firing. It’s always nice to have competition in Julian Speroni and Steve Mandanda.

“I just need to keep working hard. At club level I’m on the back of three wins, three clean sheets so hopefully that can continue.”