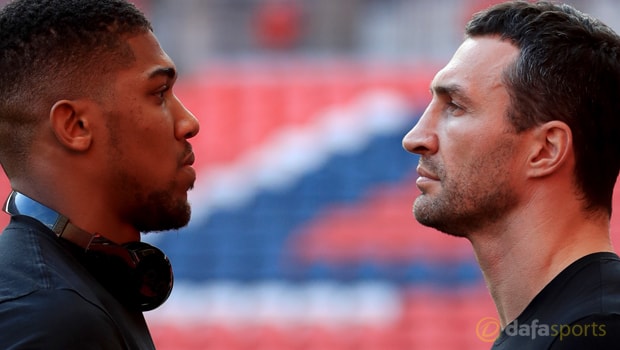 Carl Froch has backed Vladimir Klitschko to produce a monumental performance when he meets Anthony Joshua at Wembley on April 29.

In what is being talked about as potentially one of the fights of the century, up and coming IBF champion Joshua takes on the man, who along with his brother Vitali, has been the dominant force in the heavyweight division for the last 15 years or so.

‘Dr Steelhammer’ lost the IBF, WBA and WBO world titles to Tyson Fury in November 2015 and has not fought since.

However, he has looked extremely sharp during his ongoing training camp and at 41, this could be his final bout before hanging up his gloves.

Joshua, in contrast, will put his 18-fight unbeaten professional record on the line and another victory could lift him into the stratosphere of global boxing.

Fellow Brit Froch enjoyed his own big night at Wembley, knocking out George Groves in what proved to be his final fight in May 2014.

‘AJ’ was on the undercard on that occasion and the ‘Cobra’ has warned him to expect a massive performance from one of the legends of the sport.

“We know Klitschko is an ageing fighter but with age comes wisdom and the experience he’s got,” he told Sky Sports News HQ. “We may just see the best – and last – of Wladimir Klitschko.