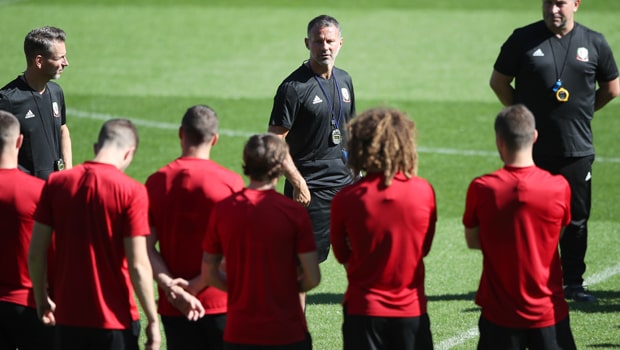 Ryan Giggs says he knows what to expect when he leads his country into competitive action for the first time against Republic of Ireland in Cardiff on Thursday.

The teams meet in their opening UEFA Nations League clash at the Cardiff City Stadium, some 11 months on from a rollercoaster World Cup qualifier in the same venue.

That evening it was James McClean’s lone second-half strike that shattered Wales’ World Cup dreams and sent the Irish into a play-off, which they lost heavily to Denmark.

Giggs was watching that game from afar but he knows what Martin O’Neill’s team are likely to bring to the table.

“We know they’re a team that will make it difficult for us,” said Giggs.

“They have a quality manager who is six unbeaten in competitive games away from home – that’s not a fluke against very good teams.”

Defender Ashley Williams, now playing for Stoke in the Championship, is also expecting a familiar battle against a side Wales have failed to score against in the last four games.

“They are physical but it’s something we’re used to,” he said. “Games in the Premier League and Championship are quite physical. Not a lot of international teams play that way but that’s fine. It’s the way they play.”

Meanwhile, Giggs insists he won’t be distracted by thoughts of what Danish team Wales will face on Sunday in their second game of the competition.

Denmark could field a team of lower-league and indoor futsal players against Wales in Aarhus following a bitter dispute between the Danish Football Association and their Players’ Association.

“What sort of team we’re going to face I don’t know,” he said.

“There’s a bit of me that thinks they’ll sort it out but every day that looks more and more unlikely.

“But I’ve got a big game [against Ireland] and all my concentration is on that.”