Toni Kroos: ‘Real weapon’ Sane must prove his worth

Posted by Robert Morris on September 6, 2018 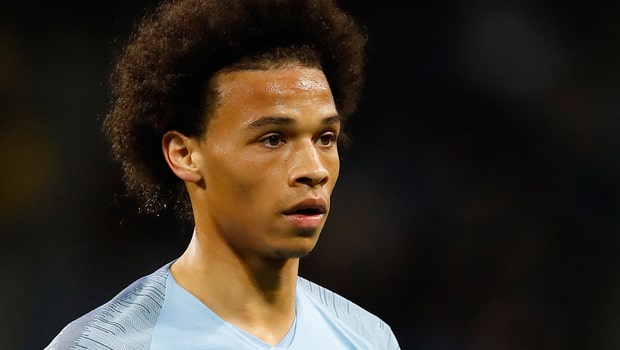 Toni Kroos has challenged Germany team-mate Leroy Sane to prove his worth in the squad by showing his true potential.

According to Real Madrid midfielder Kroos, the Manchester City winger must improve his body language if he wants to succeed and bring out his best form on a regular basis.

Despite playing a key role in Man City’s Premier League-winning squad last season, Sane was not part of his country’s World Cup squad this summer.

Germany made a humble group-stage exit in Russia and manager Joachim Low has recalled the 22-year-old for Thursday’s UEFA Nations League opener against France in Munich and Sunday’s friendly encounter with Peru.

It has been a tough start to the club season for Sane, who was not even named among the substitutes for the 2-1 Premier League win over Newcastle on Saturday and has yet to start a game for City.

Kroos is urging Sane to show his emotions more, and in a positive way.

“Sometimes you have the feeling with Leroy’s body language that it is all the same, whether we win or lose. He has to improve his body language,” he said.

“He’s a player who has everything you need to be a world-class player but sometimes you have to tell him he has to perform better.”

With Mesut Ozil retired from the international stage, Sane may see further opportunities for himself and Kroos knows he has the skills to impress.

“What is crystal clear is his quality, his pace, his left foot. He was fantastic for City last year but Pep has the same problem at the moment – he’s trying to get the best out of him,” he added.