Vincent Kompany must lift Anderlecht off the floor 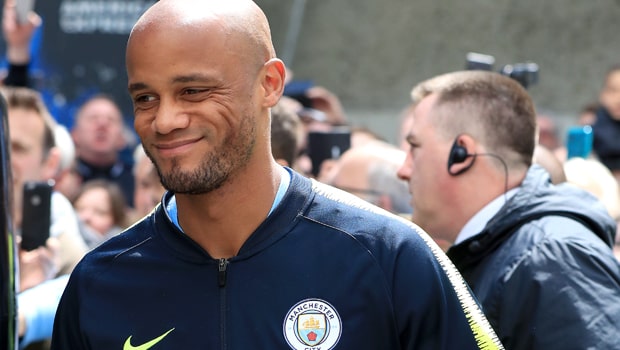 New player-manager Vincent Kompany will have to lift Anderlecht ‘off the floor’ according to Frank Arnesen, technical director at Belgian club.

Arnesen revealed that Kompany was given his new role after a marathon set of talks that last six hours.

The Belgium international ended an 11-year stay at Manchester City after winning an unprecedented domestic treble last weekend, quickly announcing he was returning to his former club on a three-year deal.

After a torrid season, Anderlecht have missed out on European qualification for the first time in 56 years and Arnesen has no qualms admitting they are at a very low ebb.

“We went to City and we had a meeting with [Kompany] for six hours,” Arnesen told Sky Sports. “I was really amazed and when we went home after this meeting I fully agreed.”

Arnesen, who took the decision to appoint the 33-year-old along with owner Marc Coucke and sports director Michael Verschueren, feels they have the right man to lift the club up again.

“There are so many ups and so few downs. Anderlecht is on the floor at the moment. That is why I came in four months ago,” he said.

“Vincent as a player will not bring us one step ahead, [but] maybe three, four steps ahead. We have no leaders.

“Everything football-wise is fantastic [with his appointment]. I was very impressed with his explanation about the philosophy, how we will do and what he is doing.

“I said I am in [to Coucke and Verschueren] and then Vincent said I will do it about four weeks ago.”