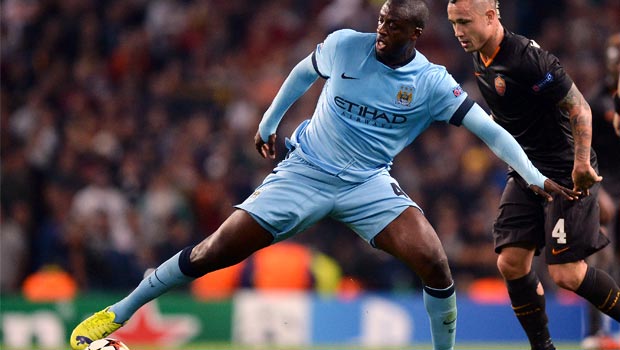 Vincent Kompany has denied claims Yaya Toure has not been at his best so far this season and says the Manchester City star remains an “important player” for the Premier League champions.

Toure has been criticised at times this term and has appeared below par in several games compared to his outstanding displays of last season.

The Ivory Coast international has been linked with a surprise move away from City over the past year following claims he felt he wasn’t fully appreciated by the club.

His agent Dimitri Seluk bizarrely claimed in May that his client wasn’t wished happy birthday by club officials and a big-money move elsewhere was mooted.

He scored 24 goals in all competitions for Manuel Pellegrini’s side last season but has managed just one – in the Capital One Cup victory over Sheffield Wednesday – so far this time around.

However, City skipper Kompany has defended his team-mate and insists there is nothing to worry about over Toure’s form.

Kompany said: “He’s done so much for this club, he’s always played brilliantly. He is always an important player – when he does well, the team does well.”

Overall, City have not been at their brilliant best in the early stages of the campaign, with a shock home defeat to Stoke in the Premier League and Tuesday’s 1-1 draw against Roma in the Champions League being of particular concern to their fans.

Kompany insists things will improve and added: “We’ve had a tough start because we’ve played tough teams. You can’t deny that.

“He (Toure) has set the standards very high for himself. But to say he is not at his best, then, I don’t agree.

“It’s so early in the season to call something like this. Things will improve for everyone.”

City go to Aston Villa on Saturday evening where they are the 1.46 favourites to win, with Villa on offer at 7.08 and the draw can be backed at 4.10.