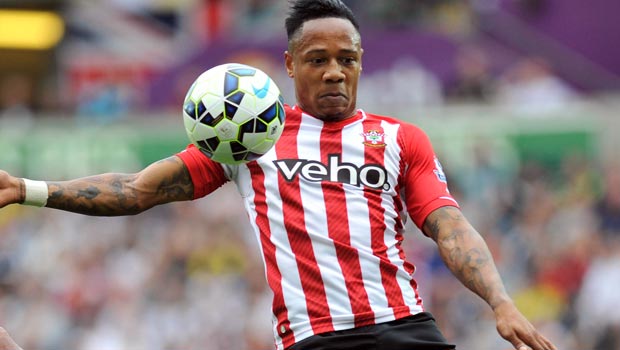 England manager Roy Hodgson has called up Southampton full-back Nathaniel Clyne for the first time for the upcoming Euro 2016 qualifiers against San Marino and Estonia.

Clyne, who has impressed so far this season for Ronald Koeman’s side, is named in the senior Three Lions squad after picking up eight caps for the Under-21s.

Hodgson has also given a recall to Swansea midfielder Jonjo Shelvey, who has just one senior cap to his name against San Marino in October 2012.

The Three Lions boss says both players deserve their chance to impress.

He said: (Shelvey’s) another player, like Clyne, who’s constantly in our thought and discussions. The way we play at the moment could suit him.

As expected, Liverpool forward Daniel Sturridge has not been included as he continues to recover from his thigh injury. Hodgson insisted Sturridge was never really under consideration for the squad after Reds boss Brendan Rodgers said earlier this week that he would not be fully fit in time.

Hodgson added: “He’s not played for Liverpool at all since picking up the injury with us. As I understand it he’s still got some work to do before he’s fully fit. There was no question of him being selected.”

Captain Wayne Rooney is likely to be partnered up front by Arsenal new-boy Danny Welbeck, while Liverpool’s Rickie Lambert has also been named.

In midfield, Aston Villa’s Fabian Delph is included again after his impressive first start against Switzerland in the first Euro 2016 qualifier, while Raheem Sterling, fit-again Alex Oxlade-Chamberlain, Adam Lallana and Andros Townsend are all also on the 21-strong list.

England host San Marino on October 9 before a trip to Estonia three days later as they look to build on the 2-0 win over the Swiss.