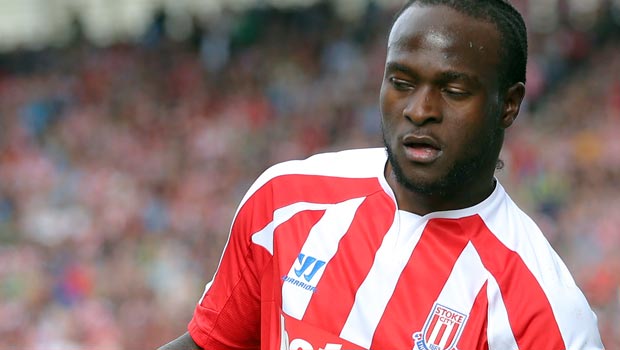 Stoke City chairman Peter Coates says it is too early to decide if on-loan winger Victor Moses will eventually join the club on a permanent basis.

Moses was brought in temporarily by the Potters from Chelsea over the summer and he has looked good in the first six weeks of the new season.

The Nigeria international has become a regular in Mark Hughes’ side and appears to be enjoying his time at the Britannia Stadium after failing to impress on loan at Liverpool last season.

There are early rumours that Stoke want to turn the loan agreement into a permanent transfer but Coates says he does not know what the future holds for the 23-year-old.

He told The Sentinel: “Although we are delighted with the start he has made for us, it is still very early days and so where that one goes I have no idea.

“We haven’t even discussed it yet because we are so early in the season and such a lot can happen, so there is no sense of urgency.”

Moses joined Chelsea in 2012 after two eye-catching years at Wigan Athletic but his career at Stamford Bridge failed to get going properly as he struggled to force his way into the first team on a regular basis amid stiff competition.

Coates has been impressed with what he has seen from the winger but believes there is still more to come from him.

He added: “I’m just pleased with what he has produced so far and pleased that we have him for the whole season.

“He’s hard-working, quick, clever and looks a very good player. He’s not played a lot of games so, who knows, he could improve.”

Stoke are in Premier League action on Saturday at Sunderland, where they can be backed to win at 2.85. The Black Cats are available at 2.51 with the draw at 3.12.