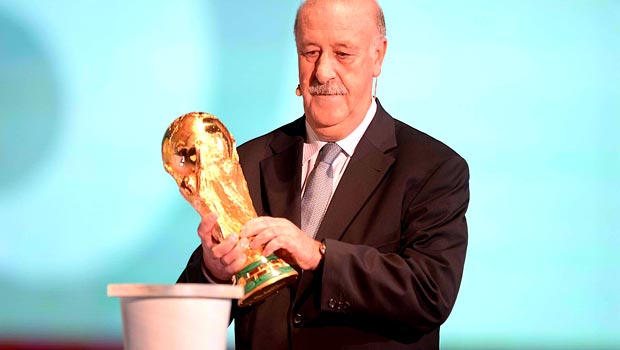 Spain boss Vicente del Bosque has admitted his side will need to be 100% ready for their opening match of the 2014 World Cup against Holland.

The game is a repeat of the 2010 final with the Spanish and Dutch joined in Group B by Chile and Australia.

Spain will have to handle one of Europe’s top sides but their path is a little easier than Germany who were drawn in Group G alongside Portugal, Ghana and the United States.

With a tough group to overcome, Del Bosque admits his side will need to be ready for all challenges.

He said: “We’re going to have to prepare ourselves from day one and get in the right frame of mind. They are going to demand everything from us. But it’s up to us to perform, it’s not just down to our opponents.

“Holland have changed since 2010, especially in midfield and in defence. But they’ve still got Robin van Persie and Arjen Robben. Chile have been playing very good football, which is very uncomfortable to play against, for the last few years.

“They are very strong at pressing and have very intelligent footballers who are very skilful. They will be very difficult.”

Hosts Brazil were drawn against Croatia, Mexico and Cameroon in Group A, while England face the daunting task of overcoming both Italy and Uruguay, with Costa Rica also joining them in Group D.

France were given the easiest of the draws of the European countries, with Switzerland, Ecuador and Honduras alongside Les Bleus in Group E.