Villarreal Comes from Behind to Stun Real Sociedad, 3-1 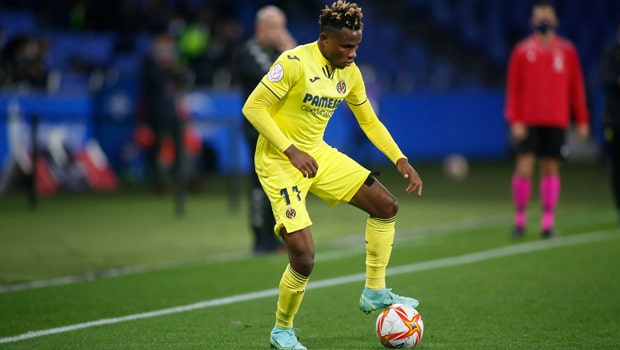 Real Sociedad found the back of the net first behind Alexander Isak’s opening goal (32′), but it was Gerard Moreno’s brace (38′, 68′) that made all the difference as Villarreal upset Real Socieded Saturday, 3-1. Samuel Chukwueze scored late (90’+6′) to seal the deal.

After a slow start to the season, Villarreal are now tenth in La Liga, seven points behind La Real in sixth place, and eight away from Rayo Vallecano in fourth. This was Sociedad’s fourth loss in a row after a strong start to the season.

Moreno became the first player to score directly from two corners from opposite sides in La Liga since 2012. He has scored 18 goals in La Liga in 2021, more than any other Spanish player in the top-five European leagues this calendar year.

Earlier in the week, Villarreal manager Unai Emery had emphasized how the match against Real Socieded would be an important test to see where Villarreal are at after their recent improved form.

“It’ll be a tough and demanding match,” Emery said.

Emery’s starting lineup was strikingly similar to the one that won against Atalanta BC in the UEFA Champions League.

“We created more chances than the opposition, and despite conceding the first goal, we responded,” Emery said on Saturday, after the win. “We found goals from set pieces. I’m very happy.”

At the start of the second half, Sociedad’s Mikel Oyarzabal was sent off with a red card after an aggressive challenge Yeremy.

Villarreal dominated the possession battle 61-38, finishing with 8 shots on goal compared to four for Real Sociedad. Both sides had five corner opportunities.

“We hadn’t won away from home in the league yet,” Emery added. “We had to be calm in the closing stages and we were. The win gives us confidence and strengthens the work we’ve been doing. We’ve got attitude we need to have for our talent to flourish.”

Real Sociedad, still in good shape in the table, will look to get back on track after the new year against Alaves.

Villarreal, now with plenty of momentum thanks to Moreno, have just a couple of days to rest before they play Alaves (21 December).