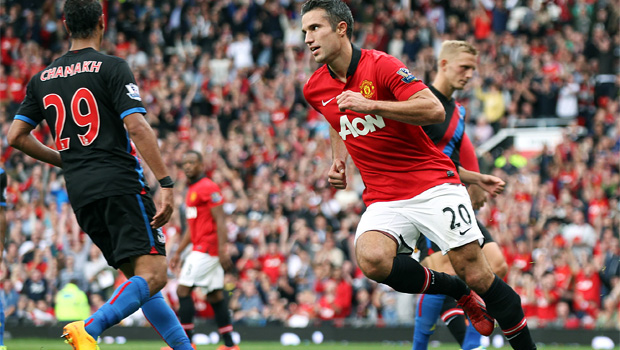 Robin van Persie says he is keen to extend his stay with Manchester United and believes the Reds can win ‘two or three’ trophies this season.

The Dutchman still has three years remaining on his current contract at Old Trafford after arriving from Arsenal just over 12 months ago but is already looking beyond that.

The 30-year-old has already justified his decision to swap Arsenal for United after firing the club to the Premier League title last season and has hinted he could see out his career in Manchester.

“I have three more years to go and I would like to stay longer,” he said. “I know, and I see people around me, making decisions where I think these guys will look back and say ‘was that a good one?’. I don’t want that.

“I want to play as long as possible at the highest level.”

United have already added the Community Shield to last season’s title, but the Dutchman says they should not be settling for that and is targeting much more silverware this season.

“That (winning trophies) is what it is all about,” he said. “Last year we got one trophy in four. Now we have to look at it from the opposite side.

“We have the chance to get five this year. How many do we get out of those five? In my opinion we should be able to win two or three.”

The Champions League campaign starts this week and van Persie is looking to banish the disappointment of last season’s exit at the hands of Real Madrid.

“It is probably my only regret about last year,” Van Persie added. “The referee played an important part but I should have scored at least one or two goals in those games. I didn’t, which I don’t like. I have to improve on that.

“Hopefully we can do better this year.”