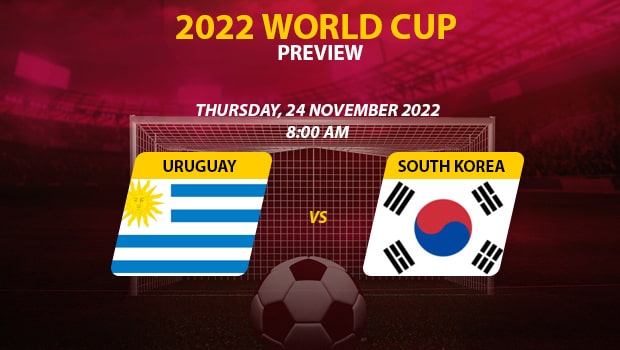 Uruguay is undoubtedly an aging team but they do have some key younger pieces. Real Madrid’s Fede Valverde has been one of the best players in the world in recent months. He can be a defensive midfielder or a winger. Liverpool striker Darwin Núñez is a dangerous threat, center back Ronald Araujo has played well for FC Barcelona when he had the chance and Rodrigo Bentancur has been a key player for Tottenham Hotspur.

Son Heung-Min is the focal point of South Korea but this team has other capable, including Wolverhampton Wanderers forward Hwang Hee-Chan, Napoli defender Min-Jae Kim, who has been a wall for them this season and experienced Mainz midfielder Lee Jae-Sung.

Uruguay is 7-1-1 this year, with seven shutouts in those games while South Korea is coming off 1-0 wins in friendlies against Cameroon and Iceland. Both defenses have been good but this a very low total for two very talented offenses.

Two-star (out of four) AccuScore hot trend pick on the total in this one. Average score in simulations is Uruguay 1.77 to South Korea 1.5.