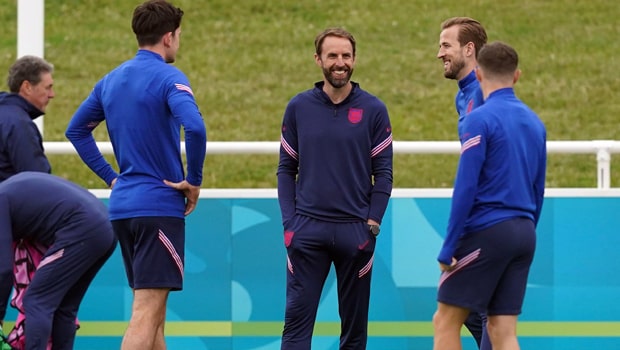 England defeated Iran 6-2 in their opening game at the 2022 FIFA World Cup on Monday in a match played at the Khalifa International Stadium.

There was a slow start as Iran goalkeeper Alireza Beiranvand had a head collision with his defender, needing medical attention for a lengthy period before subbing off.

Borussia Dortmund midfielder Jude Bellingham opened the scoring in the 35th minute of the game with a header before Arsenal forward Bukayo Saka scored a delightful Volley in the 41st minute. The goal was the first of his brace, while Chelsea’s Raheem Sterling made it 3-0 before half-time.

The second half did not open up until the hour mark and when Bukayo Saka scored his second on the night in the 62nd minute.

FC Porto striker Mehdi Taremi pulled one back for the Iranians while substitutes Marcus Rashford and Jack Grealish got on the scoresheet.
Mehdi Taremi scored a late penalty to reduce the deficit, but the damage had already been done.

While acknowledging that it was a great start for the Three Lions, England coach Gareth Southgate insisted that the team still has to do better when they face the United States of America on Friday.

“It’s a great start, but we’re going to have to be better. To win by that margin – to play as we did for the majority of the game – we’ve got to be really happy. That’s a great marker to put down. But we shouldn’t be conceding two goals at that stage of the match, and we’ll have to be right on our game against the States.” Southgate said.

England sits at the top of Group B, while the USA and Wales follow after their 1-1 draw in the second game.

Meanwhile, the Netherlands beat Senegal 2-0 in Monday’s second game, which was a group A fixture. Two late goals from Coady Gakpo and Davy Klaassen secured the win.