Karim Benzema out of the 2022 World Cup

Posted by OLADIPUPO MOJEED on November 22, 2022 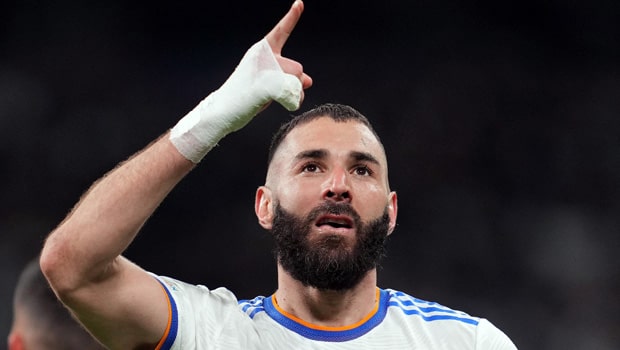 Karim Benzema will not be able to help France defend their World Cup title after sustaining an injury.

Since Alexandre Lacazette had already excused himself from the national team assignment, the next replacement for the Real Madrid striker would have been Manchester United striker, Anthony Martial.

But coach Didier Deschamp has said there won’t be a replacement for the current world footballer of the year because he has enough quality in the striking department.

Having struggled with injury recently at Real Madrid, Benzema was hoping to return to his first world cup after five years of absence from the national team.

But the latest development is due to a thigh injury he suffered on Saturday night, and he has left the camp for Real Madrid. After a scan on Saturday night revealed that he had suffered an injury significant enough to rule him out of the entire tournament in Qatar, the 34-year-old had to jet out to Spain to begin his recovery.

Speaking with Telefoot, Deschamps said everything was under control, and Benzema was going one step further, as was the case with Raphael Varane.

“It wasn’t even on an acceleration. This is a quality group. In everything they do, on and off the pitch, they are united. I have confidence in them,” he added.

With this development, the World Cup will be played without the veteran forward who has been in sensational form in recent months — winning the UEFA Player of the Year and the Ballon d’Or.

The last time he played for France in the world cup was in 2014 in Brazil.

After being out of the team for over five years after being implicated in a blackmailing scandal in 2015, Benzema returned to the team in 2021 and has since scored 10 goals in 16 international appearances for the reigning world champions.

Such a form and stats are interesting to the coach, who would have to defend the title he won four years ago without his first-choice striker.

It is now another opportunity for Olivier Giroud. Deschamp might even decide to go for even the Eintracht Frankfurt striker Randal Kolo Muani, who has scored eight goals in 23 games this season.

Benzema has now followed French players like N’Golo Kante, Paul Pogba, and Christopher Nkunku to be out of the squad.

They will open their defense in Group D against Australia on Tuesday before taking on Denmark and Tunisia.