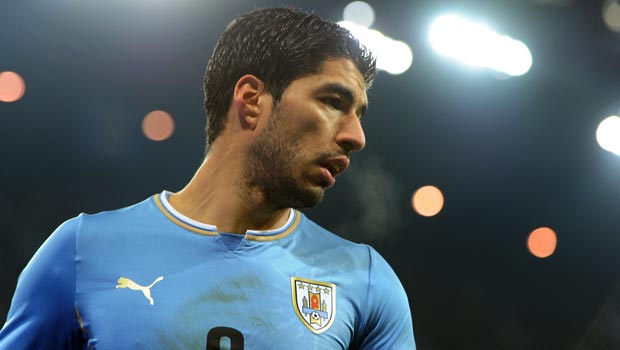 Luis Suarez says Uruguay are motivated for the World Cup this summer and has tipped them to ‘hurt’ England.

Uruguay will meet England in Group D on June 19 in Sao Paolo and Suarez will be among the main threats for the South American side after finishing as the Premier League’s top scorer this season and picking up the PFA and Football Writers’ Player of the Year Awards.

The Liverpool striker admits England have quality throughout their team but is confident Uruguay are capable of beating them.

“I think they have very good players that are in form and that are part of the big teams”, Suarez was quoted by Perform.

“Most of the players come from the big names of the Premier League and that means a lot.

“But we also know that they have some troubles and we know we can hurt them.”

Uruguay have won the World Cup twice, with their most recent success coming the last time it was held in Brazil in 1950.

Suarez believes it will only spur on Uruguay to do well in the finals this summer with the added incentive of beating the hosts, who knocked them out of the Confederations Cup in the semi-finals last year.

“It is clear that Uruguay knows the meaning of a World Cup in Brazil,” Suarez added.

“It is more important because of what happened in the past but now we are living in the present.

“Brazil eliminated us in the Confederations Cup last year and it was not fair because I think we played better. But that’s football and sometimes despite playing a great game, you can’t always win.

“We realise that the World Cup in Brazil motivates us a lot because of all the things that we have experienced in the past.”