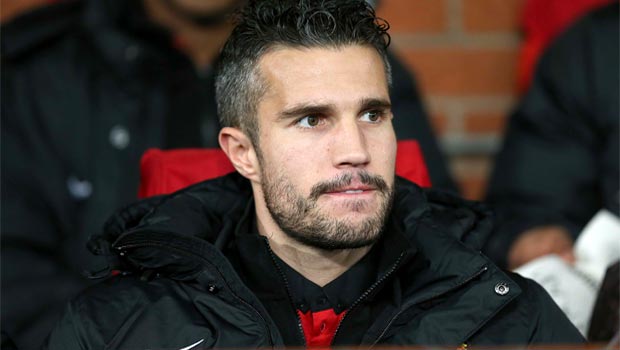 David Moyes has revealed Manchester United will have to cope without Robin van Persie for a month after the striker injured his thigh muscle.

And the bad news keeps coming for Moyes after it was confirmed van Persie will miss the hectic festive schedule with a thigh problem.

Last season’s top scorer picked up the injury in the 1-0 Champions League win over Shakhtar Donetsk on Tuesday and isn’t expected to play again until the home game with Swansea on January 11.

“Robin van Persie is out as well for a month. He picked up a thigh strain in taking a corner kick which led to the goal,” said Moyes.

The Dutchman has been in and out of the United team this season due to niggling injuries but has still managed seven goals in his 11 Premier League appearances to date.

United have won every match in which the former Arsenal man has scored and Moyes is disappointed he won’t be able to pair him with the in-form Wayne Rooney up front over the busy Christmas period.

“It’s unfortunate because I think if you look at our record with Wayne Rooney and Robin in the team, it is actually very good and we have not had them for quite a period recently,” he added.

Moyes is now turning his attention to making sure United get back in the title race over the coming weeks, insisting the five games before the end of the month gives them a great chance of getting back on track.

“We’ll do everything possible to get closer. We’ve got a lot of games coming up and can pick up points. But we need to do it, not talk about it,” he said.