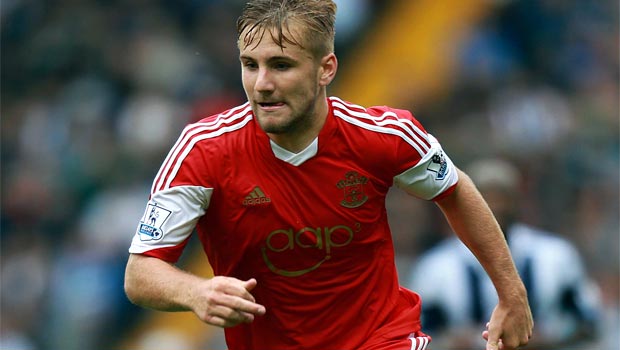 Southampton manager Mauricio Pochettino is adamant the club will not sell Luke Shaw, despite the left-back attracting plenty of interest from the Saints’ Premier League rivals.

The England Under-21 international is one of a number of young talents who have caused a stir in the top flight this season, with Adam Lallana, Jay Rodriguez and James Ward-Prowse also receiving plenty of praise.

It is Shaw though who is attracting the most admiring glances from across the country, with the likes of Chelsea, Manchester United and Tottenham all thought to be interested in signing the defender.

The latest transfer rumours suggest Chelsea will lodge a £20million bid for Shaw in the January transfer window, as they look to sign a long-term successor to Ashley Cole.

Pochettino has now moved to rubbish talk Southampton would be willing to sell the full-back if someone met their asking price, insisting he will be staying at St Mary’s for the foreseeable future.

“They can show their interest,” said Pochettino. “That’s not something we control.

“But in this individual case he is not a player we are willing to sell. In a sporting manner, he is not for sale.”

Pochettino has been keen to give young players like Shaw a chance this season and is reaping the benefits given Southampton go into this weekend’s match with Newcastle in eighth.

The Argentinian has hailed the way the club bring on their young players, claiming it is a natural process from the under-18s to the senior squad.

“For them they actually become part of the first team without actually realising it, so it is a natural process.”