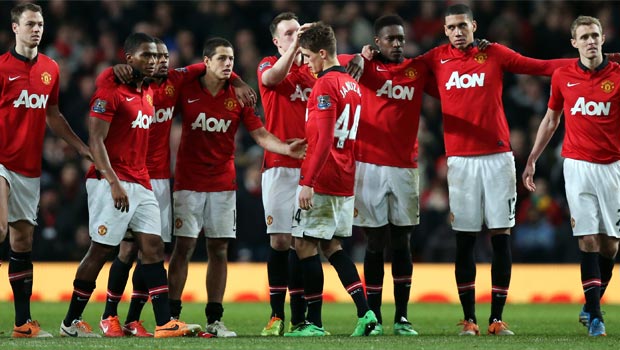 Manchester United have suffered another setback as they are no longer one of the top three financial big-hitters in world football.

Wednesday’s humbling exit from the Capital One Cup at the hands of Sunderland, which came on the back of their third-round elimination in the FA Cup and continued poor showing in the Premier League, means they are now likely to end the season trophyless for the first time in nine years.

However, their woes are not restricted to matters on the pitch, with Deloitte’s newest edition of the Football Money League showing the Red Devils in fourth place.

United’s revenue rose to £363.2 million but that still wasn’t enough to prevent them trailing in the wake of top dogs Real Madrid, Barcelona and Bayern Munich, who, buoyed by their Champions League win, supplanted them in the top three.

Whilst the news is disappointing, only a sustained spell of failure will cause alarm bells to ring from a financial perspective. But with United struggling to qualify for the cash cow that is the UEFA Champions League for the first time in 19 years, the pressure is sure to intensify on under-fire boss David Moyes.

Speaking to the fanzine United We Stand before the Deloitte report was published, executive vice-chairman Ed Woodward insisted a barren year would not inflict lasting damage on the club.

“If you fight hard and just fail, people will still watch you on television, still turn up and buy shirts,” he said.

“There’s still a lot of affinity with the club and interest, but the reality is that you can’t always win.

“Take Liverpool. They still sell an incredible number of shirts and have the second biggest shirt deal in the Premier League.

“They have one of the biggest technical partner deals. And Liverpool haven’t won the league since 1990.”