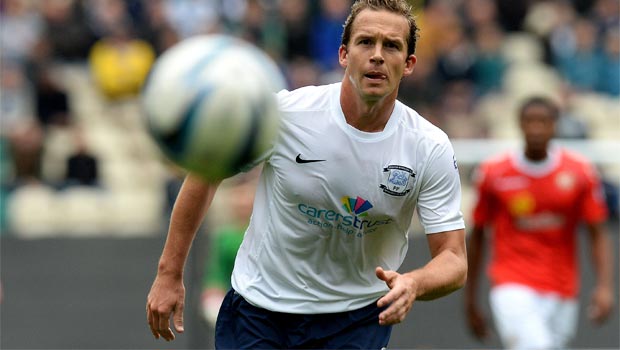 Davies, the former England international, is currently serving a three-match ban following his controversial sending off at home to Coventry last weekend. Ex-Forest striker Joel Garner is likely to lead the line in his absence.

Grayson has an otherwise injury-free squad to choose from for the City Ground tie that the former Blackpool, Leeds and Huddersfield boss is taking seriously despite promotion from League One being the Lillywhites’ main priority this season.

Grayson said: “It amazes me sometimes when managers take competitions lightly and think that they have to rest players and rotate them.

“It was refreshing to see what Manuel Pellegrini did when Man City played at West Ham.

“Even at 6-0 up from the first leg he fielded his strongest side. He could easily have made 11 changes and still have won the game comfortably.

“Pellegrini wanted to keep City’s winning mentality going and every credit to him.”

Despite injuries to their back four over the last month Forest have strung together a 10-match unbeaten run and they are quoted at 1.64 to win tonight.

But Billy Davies, who enjoyed a successful spell in charge of the visitors between 2004-06, says they will not be taking anything for granted.

He said: “Preston North End have been successful over a number of years and they will be competitive again. They demand the right attitude from their players in order to respect the history of that great club.

“We will pay Preston great respect because they’ve got good, experienced players. Cup ties are a great leveller and we won’t be complacent in any way because if we do, we’ll get punished.”