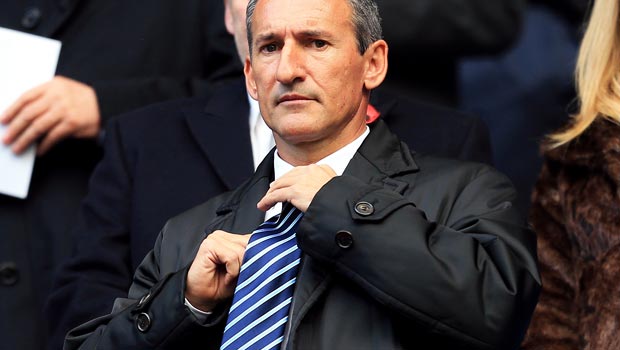 Manchester City’s director of football Txiki Begiristain believes the players signed in the summer will help the club cope with another tough Champions League draw.

Once again, Lady Luck was not shining on City as the draw was made for the group stage of the Champions League, with the Citizens placed in the same group as Bayern Munich, CSKA Moscow and Roma.

It will be the third time in four seasons City have played German champions Bayern Munich, while last season’s Serie A runners-up Roma were the side many wanted to avoid from Pot 4.

The Champions League has proven to be a tough nut to crack for City since they made their debut in the competition three years ago, reaching the knockout stages for the first time last season.

A run to the last 16 this year could prove tricky for the Premier League champions but Begiristain believes the players added to the squad this summer can help them in their quest for European success.

The likes of Frank Lampard, Willy Caballero and Bacary Sagna all have Champions League experience, and former Barcelona chief Begiristain says they can help City go further in the competition this year.

“I think for all of us the aim is to try and improve,” he said. “After finishing the season you analyse what you have done and you try to do better.

“We have signed some very good players and the aim is to improve in the Champions League, we will try to go further.

“It is always the same pressure. We are a team that always try to win every game, to play well and to give joy to our supporters, not just in the domestic league but in Europe as well.”

City star their Champions League campaign with a trip to Bayern Munich on September 17. The English champions are 4.40 to win again at the Allianz Arena after their shock 3-2 victory in Bavaria last year. Bayern are 1.64 for the win while the draw is 3.80.