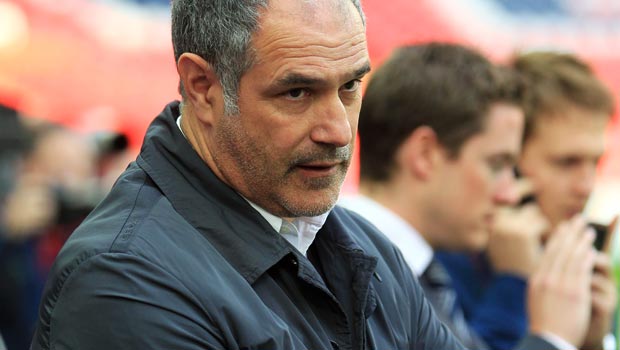 Barcelona sporting director Andoni Zubizarreta says the Spanish side cannot solely focus on being drawn with Paris Saint-Germain in the group stages of the Champions League.

The Blaugrana can look forward to two mouth-watering games with the French champions before the end of the year after the two sides were placed in Group F.

The last time Barcelona faced the Parisians they were fortunate to come out on top, advancing through to the semi-finals of the 2012-13 Champions League on away goals.

While Zubizarreta admits Barca will face a “great” team in PSG, he says it would be foolish to underestimate the others sides in the group, Ajax and APOEL.

“When you come to this draw, you know you are always going to be drawn against a big team,” the former Barca goalkeeper told the club’s official website.

“If you get over-confident, any team in the Champions League will make it hard for you. We’re going to be facing three very different styles of football

“We’ve played PSG before. It’ll be a great game. They’re a great team both in terms of individuals and as a unit.

“But this group isn’t just about PSG. Ajax have shown us before how good they can be. APOEL fight hard.

“Some very big teams have already found out just what a difficult opponent they are in Europe.”

Barcelona face arguably the weakest side in the group in APOEL on Matchday 1 of the Champions League.