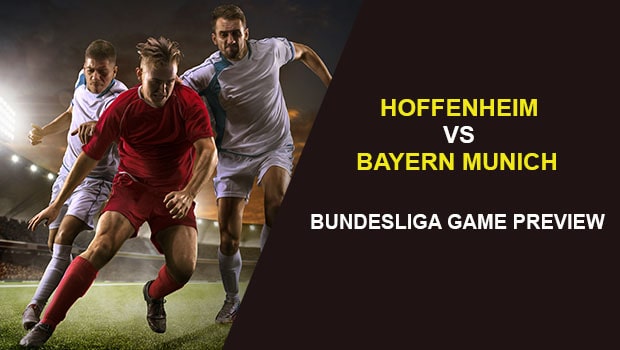 Head-to-Head: These two sides last matched up in Bundesliga action on March 12 and the game ended in a 1-1 draw.

For TSG Hoffenheim, Christoph Baumgartner has a 21.24 percent chance to score. He averages 1.22 shots overall per sim, 0.48 shots on goal per and 0.24 goals per sim.

Three-star (out of four) AccuScore hot trend pick on the total in this one. Average score in simulations is Bayern Munich 2.17 to TSG Hoffenheim 1.33.