German DFB Pokal: Leipzig through to next round after Hamburger win 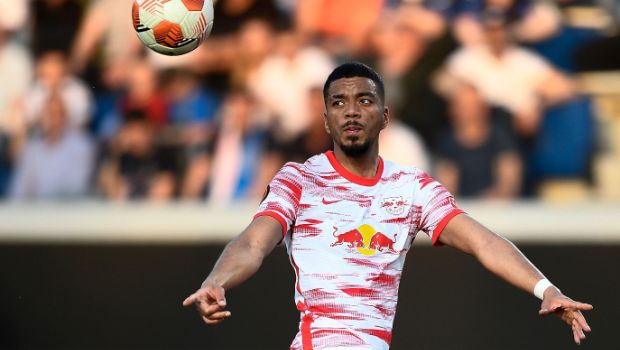 RB Leipzig secures a place in the round of 16 after a 4-0 win over Hamburger SV on Tuesday evening.

A double from Yussuf Poulsen, Benjamin Henrichs, and Mohamed Simakan proved enough for the home side to pull through.

In the build-up to the game, Marco Rose had to make do without his regular key duo of Christopher Nkunku and Timo Werner, who was ruled out of the game.
However, his side still got the job done in style despite the injuries, as the returning Yussuf Poulsen, who has been out since May, got his side the win. This was the Danish forward first start of the campaign as well.

Hamburger SV, on the other hand, continues their woes. The defeat to Leipzig piled more misery on the side after their 3-0 disappointing derby defeat to St. Pauli at the weekend.

The first action of the game came in the 28th minute when Benjamin Henrichs forced a save from Daniel Fernandes after a left-footed shot from outside the box.
The host kept dominating and finally broke the deadlock in the 33rd minute when Yussuf Poulsen fired his side to the lead following a well-worked ball from right-back Mohamed Simakan.

Three minutes later, the impressive Poulsen doubled his side lead and second for the night following a fast counter delivered by Andre Sliva.

The second half resumed as manager Marco Rose brought in Josko Gvardiol to replace Willi Orban at the heart of defence after a suspected injury.

Leipzig continued to control the tempo and flow of play as the visitors had no idea of taming their host. It was 3-0 in the 69th minute when Mohamed Simikan rose high to head home Emil Forsberg’s cross.

Finally, it was done and dusted in the 81st as Benjamin Henrichs wrapped things up to make it 4-0 on the night.
Next is a trip to Augsburg on Saturday as RB Leipzig hopes to continue their good run.