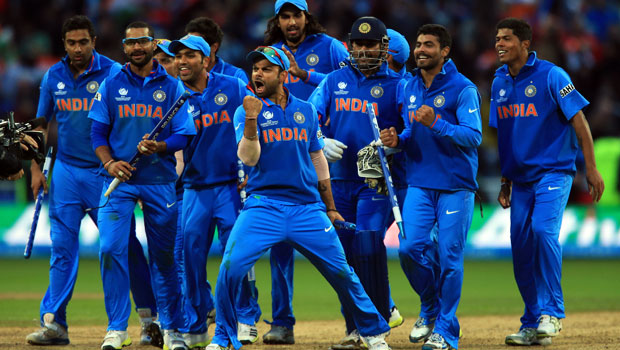 India successfully chased down a huge target of 360 – the second highest in one-day international history – to square the seven-match series with Australia 1-1.

The home side had been set a daunting target to win after Australia posted 359-5 but they amazingly made light work of it and ended up winning with six-and-a-half overs to spare, finishing on 362-1.

Brilliant batting displays from Virat Kohli – who hit an unbeaten 100 from just 52 balls – the quickest ton ever by an Indian batsman, Rohit Sharma (141no) and Shikhar Dhawan (95) did the damage.

James Faulkner managed to take the only wicket for the Australians, when Dhawan was caught behind by Brad Haddin.

Sharma appeared to inspire his team-mates with his career-best knock, which included 17 fours and four sixes, as he shared a first-wicket stand of 176 with Dhawan. That was then followed up with an unbeaten partnership of 186 with Kohli, who himself shared the load by striking seven sixes and eight fours.

Earlier, Australia would have thought they had done enough in their innings to have doubled their advantage in the series as the tourists’
top five all completed half-centuries – another record for them in ODI’s.

However, India’s response was breathtaking as they ended up celebrating a famous win ahead of the third game between the two sides on Saturday in Mohali.