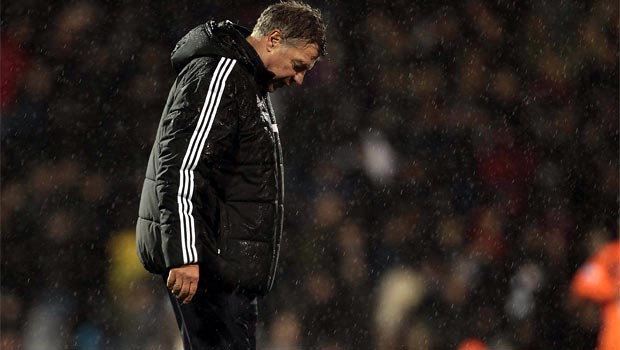 West Ham manager Sam Allardyce is expecting a difficult time in the transfer window because of the club’s fight against Premier League relegation.

The Hammers have suffered a disastrous run of form, with the club claiming just one victory in their last eight in all competitions, the win coming in the League Cup quarter final against Tottenham.

Allardyce has had to deal with numerous injuries throughout the season and currently only has 14 fit first-team players to choose from, with many of the youth team members having to be used in the senior squad.

The former Bolton manager has made it no secret that the east Londoners are looking to spend in the transfer window, but the 59-year-old has admitted that it is hard to recruit when the team are languishing in the relegation zone.

“I knew it was going to be nearly impossible anyway, in this window. As always the window is an impossible scenario to deal with. To have to work in it under the circumstances we have makes it even more difficult,” he said.

“Because you have got players who will look around and say, ‘Do I want to go to a team in the bottom three? Do I want to go for that fight?’ Perhaps some of them will say, ‘no. I might as well stay and play the odd game’. You just keep searching and looking.”

This has been highlighted with the recent move for Everton defender Johnny Heitinga. The Dutchman seemed all set to make the switch but the move fell through at the last minute with the 30-year-old admitting “it didn’t feel right”.

There is some reported good news for Allardyce though as Anzhi Makhachkala striker Lacina Traore looks set to join the club on loan for the rest of the season, an area which the Hammers have been down to the bare bones in, with Andy Carroll having not played a single minute this campaign.