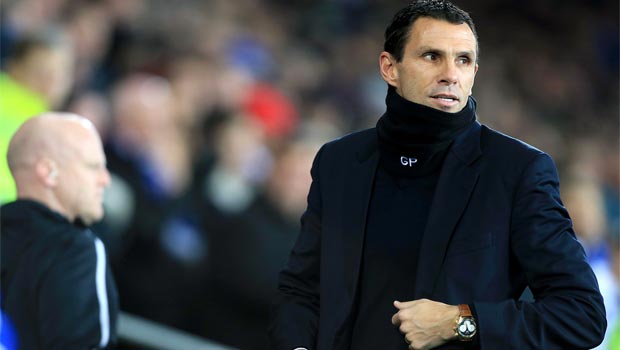 Sunderland manager Gus Poyet has admitted he wants to sign three of four players before the end of the January transfer window to ensure the safety of the Wearside club.

The Mackems find themselves in serious trouble in the Premier League, sitting at the foot of the table on 14-points, four adrift of Cardiff City in 17th position.

Previous manager Paolo di Canio, who was sacked earlier this season, spent heavily in the summer, adding over 10 players to the team in what was a massive recruitment drive by the Italian.

Despite the lavish spending, new boss Poyet has admitted he still wants to add more players to the squad to help the club hold onto their Premier League status.

“The problem with putting a number on players is that I would like maybe three or four but it’s always so unpredictable,” he said.

“The reality is, it’s almost pointless saying so at the outset because things can change so much. Initially though, three or four is the idea.”

One player who has been reportedly linked with the club is Charles N’Zogbia, the former Newcastle winger who has found opportunities limited at current side Aston Villa, and the 27-year-old is said to be just one of a number of players on the radar.

Poyet has already brought in defender Marcos Alonso, who has joined on loan from Fiorentina, and it seemingly looks as if the former Bolton man will be joined by some more new faces judging by the comments coming from the manager.