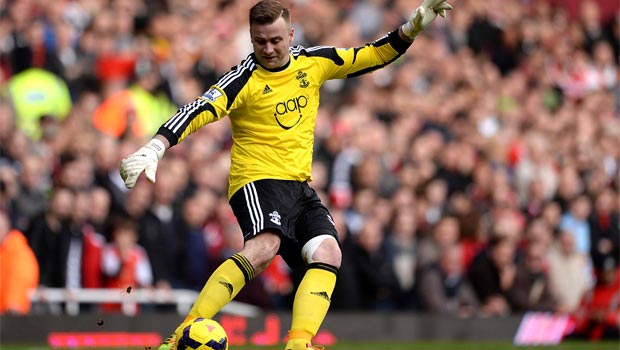 Southampton goalkeeper Artur Boruc does not expect to face a tired Tottenham when his side travel to White Hart Lane on Sunday.

Saints will be fully rested for the clash against Spurs who went out of the Europa League in midweek following a 2-2 draw against Benfica in Lisbon.

But Boruc says they are not preparing to face anything less than a full-strength Tottenham side who are their rivals for a Europa League berth for next season.

“You still have to train, a game has a bit more running, but in professional life it shouldn’t have too much impact.”

Southampton are 3.32 in the 1X2 betting to win in north London, with the draw available at 3.29 and Tottenham 2.15 to get back to winning ways in front of their own fans.

Boruc expects Saints boss Mauricio Pochettino, who has been linked to Spurs, to commit his future to club by signing a contract extension “in the next few weeks”.

The former Argentina defender refused to guarantee he would stay beyond the summer when former executive chairman Nicola Cortese walked out on the south-coast club in January.

Owner Katharina Liebherr has put a new board of directors in place since then and Boruc believes Southampton is “stable” enough now for Pochettino to commit.

“You can see that we’ve improved, we’re playing very good football and it’s enjoyable to see us play,” said Boruc.

“That reward should easily be in the minds of the board and I think sooner or later it’s going to happen.

“We’ll see what’s going to happen in the next few weeks, but I think it will happen soon.”