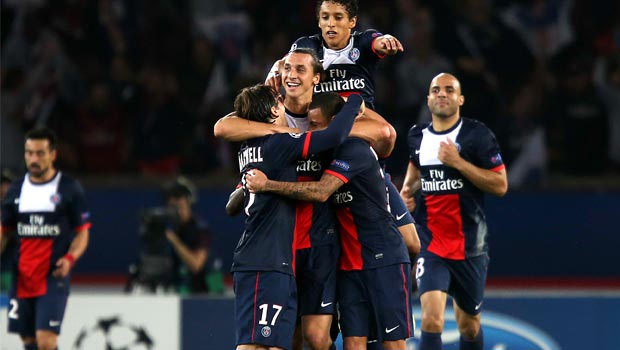 Paris Saint-Germain boss Laurent Blanc says his side will be looking to take a first-leg lead to London after drawing Chelsea in the UEFA Champions League quarter-finals.

The French champions were paired with Jose Mourinho’s side at Friday’s draw in Nyon with Chelsea handed a potential edge by securing home advantage for the decisive second leg.

Blanc, speaking after PSG opened up an 11-point lead at the top of Ligue 1 with a 1-0 win at Lorient on Friday night, acknowledged the difficulty of the tie.

“Chelsea are a team we know very well,” he said. “We often watch them in their league and they have world class players.

“Playing the second match at home can be considered an advantage for Chelsea, so we will have to make the difference at home, staying solid at the back and scoring goals at the Parc des Princes.”

Chelsea goalkeeper Petr Cech has warned his teammates that they must be respectful of the progress made by the big-spending French club since their last Champions League meeting in 2004.

Mourinho masterminded a 3-0 win in the French capital just four months after taking over at Stamford Bridge, but PSG have spent hundreds of millions to catch up in the last few years and boast Swedish superstar Zlatan Ibrahimovic.

“It was a comfortable win,” Cech recalled. “We went there, controlled the game and I don’t remember having big things to do but it’s obviously 10 years ago now and the PSG team has changed a lot, so let’s see.

“It is a good stadium in Paris with a nice atmosphere, with the passion for football there is in France.

“Now with the big players PSG have and the big games they play, the atmosphere will be even more.”