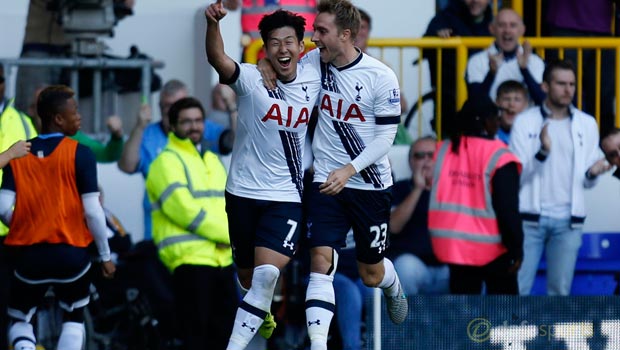 Tottenham playmaker Christian Eriksen is hoping to get a starting role against Arsenal in the Capital One Cup on Wednesday as he targets a good run in the competition this season.

Eriksen returned from a month on the sidelines to make an appearance from the bench in Saturday’s narrow victory over Crystal Palace in the Premier League.

The Denmark international was brought off the bench by boss Mauricio Pochettino with 66 minutes on the clock and, within three minutes, provided the assist for new signing Heung-Min Son.

The South Korean bagged his third goal in a week to secure all three points against the Eagles at White Hart Lane and ensure they claimed a 1-0 victory.

The 23-year-old has now turned his attention to the Capital One Cup ahead of Wednesday’s meeting with their north London rivals on home soil.

The former Ajax man believes the squad is more than capable of repeating that feat with the Gunners set to be weakened by the absence of Gabriel and Santi Cazola, who are injured, while Francis Coquelin is missing through injury.

Eriksen said: “Yes, perfect timing! It’s a game we all want to win and we want to continue in every competition we’re in. We beat them last time we played here and hopefully we can do the same again.

“I know the system, I know the players and for me, it’s easy to come straight back in.

“I feel good and that feeling will always stay the same when I come back into the team like that.

“It was an important win for us. We wanted to show that we’re on a good run and wanted to win at home for our fans. They deserve it.”

Tottenham can be backed at 2.88 to progress on Wednesday, while the Gunners are priced at 2.40 to pick up an away victory and the draw is available at 3.50.