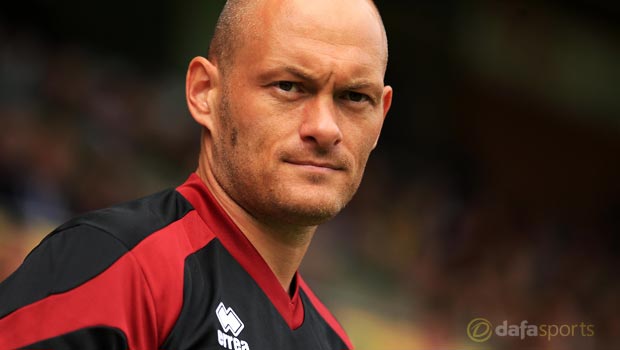 Norwich manager Alex Neil has called on his fringe stars to step up and stake a claim for regular first-team action by impressing in Wednesday’s Capital One Cup clash with West Brom.

Norwich have made a positive start to life on their return to the Premier League this term but Neil has stayed loyal the bulk of the players who helped to earn promotion.

However, the Scot is expected to fully utilise the depth in his squad for Wednesday’s home tie in round three of the domestic cup competition against the Baggies.

Neil has almost a fully-fit squad to choose from with only midfielder Alex Tettey set to miss out through suspension as he picked up a fifth yellow card in the 1-1 draw with Liverpool.

Despite that positive news, the 34-year-old looks set to turn to Martin Olsson after he underwent shoulder surgery in the summer, while Congo forward Dieumerci Mbokani could be in line for a first start.

The former Hamilton Academical boss admitted it is the perfect game to give players the chance to earn some extra minutes, while also handing them the opportunity to catch his eye.

Neil said: “It is a case of getting some players game time, but also making sure the squad and team are going to be strong, certainly strong enough to win the game.

“It is always a balancing act over the course of the season because it is not just about 11 players, it is about making sure you try and utilise your squad the best you can, but try and not weaken the team.

“The team will be motivated because those who have been playing will want to continue our momentum and those who come in will be wanting to stake their claim.

“We have got a good squad with competition for places all over the pitch, all the lads are desperate to play. Some will get their opportunity.”

Norwich are available at 2.15 to pick up a win at home with their opponents West Brom priced at 3.50 to take victory, while the draw can be backed at 3.40.