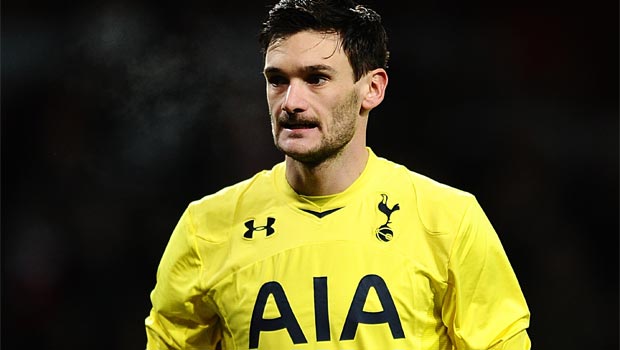 Hugo Lloris insists that Tottenham remain firmly in the hunt to qualify for the Champions League next season, despite having a much inferior goal difference to their rivals.

Spurs had to settle for a point in a 1-1 draw with Hull City at the weekend but they still sit in sixth spot, just three points behind Liverpool, who occupy the fourth and final Champions League place.

As things stand, it appears to be a straight scrap between Tottenham, Manchester United, Liverpool and Everton for the final place alongside Arsenal, Manchester City and Chelsea.

It looks like going to the wire but, following a couple of hammerings, Tottenham’s goal difference is poor and there is a good chance that it might work against them at the end of the season.

Even so, Lloris is still upbeat and believes Tottenham have a good chance of getting there if they continue to battle for results.

“I am lucky to play in a competitive team, but there are six or seven clubs fighting for Champions League positions,” he said.

“This season teams will need a very high number of points for those positions, but it remains possible for us.

“We are in a difficult situation with our goal difference, but we will fight until the end.

“It doesn’t change our ambition, even if it is a bit more difficult for a team in competition for a top-four finish.”

Tottenham go head-to-head with Everton this weekend in a game that could have a bearing on the top four and Tim Sherwood’s men are 2.07 favourites to put one over on the Toffees, who can be backed at 3.47 with the draw priced at 3.35.