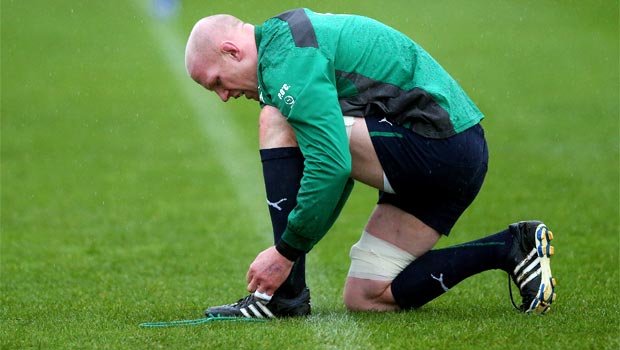 Ireland coach Joe Schmidt says Paul O’Connell should have recovered from a chest infection in time to face Wales in the crucial RBS 6 Nations showdown this weekend.

The Ireland captain was forced to miss Sunday’s opening 28-6 win over Scotland in Dublin as he was unable to sleep the previous night because of the problem.

However Schmidt appears none too concerned though and says the second-row forward should be fit to face 2.80 joint favourites Wales once he has returned to training early this week.

“We would be pretty confident he will be back to full fitness by Tuesday,” the New Zealander revealed.

Meanwhile, Schmidt believes the extra day of rest for Wales, who beat Italy on Saturday, will weigh in the defending champions’ favour, revealing that he will not be asking his players to do too much in training ahead of the clash.

“We are not going to get a lot done this week,” added the Ireland coach.

“We are just going to have to prepare ourselves mentally as best we can and try and reproduce a little of what we did in the second half today.”

Stand-in captain Jamie Heaslip believes huge improvements will have to be made on Sunday’s performance if they are to have a chance against Wales, and has revealed the coach had a few harsh words to say at the weekend.

“I’m sure there will be more on Monday night. Our poor analysts will be working on that and won’t see the Super Bowl,” added the Ireland number eight.

“It will be a huge challenge to go up against a team that’s won this championship two years in a row.”