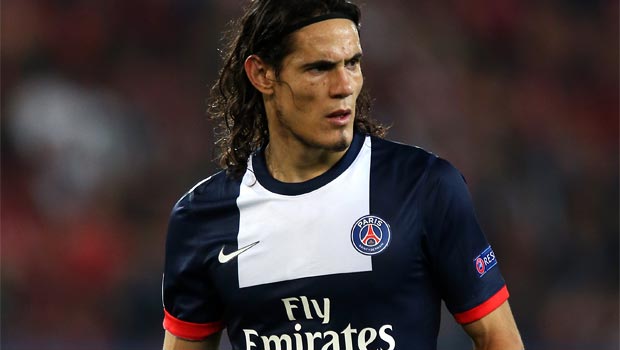 Paris Saint-Germain will be taking the precautionary route after revealing star striker Edinson Cavani is facing ‘several weeks’ on the sidelines through injury.

Cavani picked up a thigh problem during Friday night’s 2-0 win over Bordeaux and had to be replaced by Ezequiel Lavezzi with 15 minutes remaining.

Coach Laurent Blanc has confirmed the player is facing a spell on the sidelines and is certainly out of the Coupe de la Ligue match with Nantes on Wednesday and the league clash with Monaco at the weekend, although refused to confirm much more than that.

“Cavani will forfeit the Nantes games and will be absent against Monaco too,” Blanc revealed.

“Cavani’s injury will be an issue for several weeks. It’s not a rare thing to happen to a player in his position.

“It’s not a serious injury, but he must not aggravate it. We will take no risks with Cavani.”

Even without Cavani, PSG are still the hot 1.55 favourites to beat Nantes, with the home side 5.95 and the draw 3.75, while they hold a five-point lead at the top of Ligue 1 at this stage.

Perhaps the bigger concern for Blanc is the resumption of the Champions League this month, with 14.00 shots PSG set to travel to Bayer Leverkusen on February 18 before hosting the Bundesliga side two weeks later, and the former France boss will be desperate to have Cavani available.

Meanwhile, Yohan Cabaye looks set to make his first start since signing from Newcastle last week after he came off the bench in the second half against Bordeaux.

“Cabaye is ready to play,” Blanc added. “He’s happy in Paris and is getting on well with the team.

“I have no worries about him.”