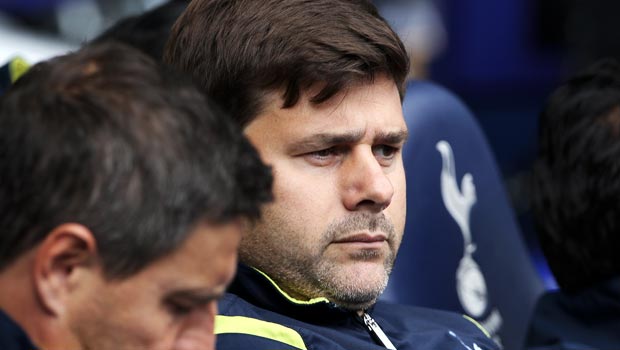 Tottenham head coach Mauricio Pochettino insists the result was “never in doubt” as Spurs came from behind to defeat Nottingham Forest 3-1 in the League Cup on Wednesday.

The Premier League side were in need of a good performance in front of their home crowd at White Hart Lane following the 1-0 defeat to West Brom on home soil last Sunday.

Pochettino’s men started the game brightly but that didn’t last for long and Forest began to force their way into the game and created some good chances themselves.

The most notable opening came for Ben Osborn, the midfielder drove towards the edge of the Tottenham penalty area and lashed a shot towards the top right-hand corner, only to be denied by the crossbar.

They didn’t have to wait much longer, though, as Jorge Grant stroked in Lars Veldwijk’s cross early in the second half to give Stuart Pearce’s men a deserved lead.

That seemed to kick Spurs into gear and the extra class brought on from the bench eventually came good, with Sub Ryan Mason firing in a long-range effort to level the scores, and then Roberto Soldado and Harry Kane wrapping up the 3-1 win.

Tottenham were made to work extremely hard for the win over the current Championship leaders, but, Pochettino insisted the result was never in doubt because he knew his players would deliver.

Tottenham, who now take on Brighton in the last-16 of the competition, return to Premier League action on Saturday as they meet Arsenal in a highly-anticipated derby clash.

Spurs are outsiders for the game at the Emirates at a price of 4.53, with the Gunners firm favourites for all three points at 1.74.