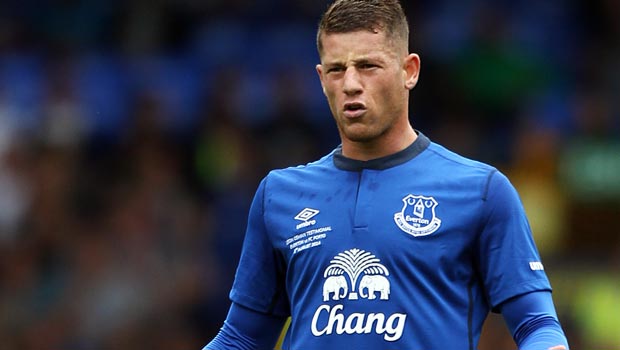 Everton manager Roberto Martinez has confirmed there have been no offers for Ross Barkley despite rumours linking Premier League champions Manchester City with a big-money move for the midfielder.

According to recent reports, the Citizens are keeping a close eye on the 20-year-old, who they were also said to be tracking throughout the summer transfer window.

Barkley enjoyed a fantastic season for Everton in the 2013/14 campaign and the youngster was rewarded for some sensational performances with a place in Roy Hodgson’s World Cup squad.

He did feature for the Three Lions in the tournament as the 1966 winners went out in the group stages after defeats to Italy and Uruguay, with a Costa Rica draw the only point recorded.

Barkley is one of the hottest prospects in the English game but the progress of the Evertonian has been hampered because of a niggling injury picked up before the first game of the season.

That hasn’t stopped the rumour mill, though, with City being linked heavily, although Martinez has now confirmed that there has been no discussions about a transfer.

“It’s a rumour and we’ll leave it there. We’ve spoken enough in the past about potential interest and I always mention the same – we take it as a footballing compliment and we’ll move on,” he said.

“All we want from Ross now is to be able to get him fully fit and get him ready to enjoy his football and help the team. We are looking forward to that day.”

Barkley is not expected to return earlier than November, so Everton will once again be without their star midfielder when they take on Liverpool in the Merseyside derby this Saturday.