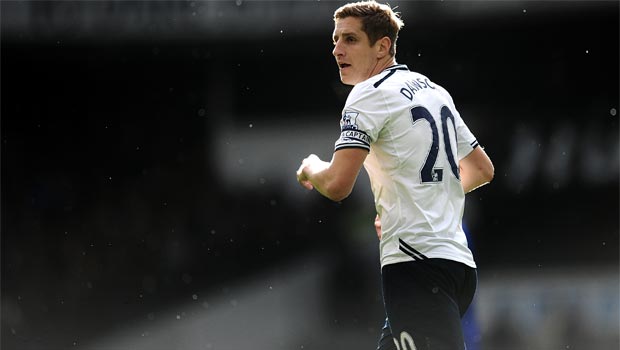 Tottenham defender Michael Dawson is looking forward to playing at home again in two “huge games” against Dnipro on Thursday and Cardiff City on Sunday.

After a run of three matches away from White Hart Lane, Dawson knows it is imperative that Tottenham bounce back from back-to-back defeats to keep their Europa League and top four chances alive.

Tim Sherwood’s side, 2.37 To Win To Nil, must overturn a 1-0 first leg deficit against Ukrainians Dnipro, managed by former Spurs boss Juande Ramos, in the return leg of their Europa League round of 32 tie.

Dawson captained the team out in Dnipropetrovsk when Yevhen Konoplyanka’s late penalty was the only goal after Roberto Soldado missed a gilt-edged chance to notch an away goal when he missed a gaping net just after half-time.

Spurs could have had an even bigger task facing them at White Hart Lane had Roman Zozulya’s late header not cannoned back off the post, but Dawson is grateful of the second chance to progress.

“The first leg in Dnipro was a big disappointment and we wanted to go to Norwich and put that right,” he told Tottenham’s official website.

“We didn’t do that, so we get another chance on Thursday back at the Lane, back in front of our fans and it’s a big game.

“It’s a competition we want to do well in so as disappointed as we are, we have to pick ourselves up.

“We know the fans will be right behind us and they deserve a big performance after the two defeats we’ve had.

“In football, you always get another chance and on Thursday, we’ve got that and then on Sunday at home to Cardiff.

“These are two huge games for us.”

Dnipro’s first-leg success was their first victory in the spring phase of a UEFA competition, with their previous ten attempts having yielded five draws and five defeats.