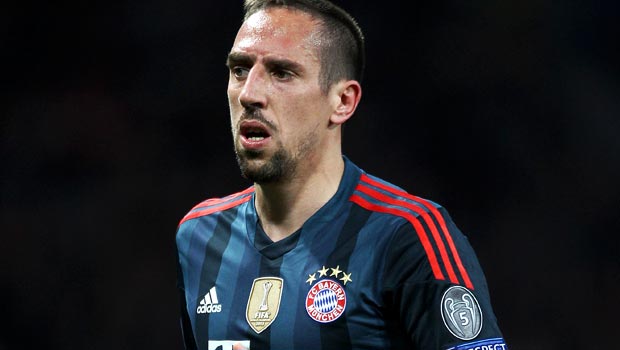 Bayern Munich ace Franck Ribery is eager to boost his side further in the near future by returning to action after recent knee problems.

The former France international missed the World Cup in Brazil due to back problems and has been unable to feature for Bayern so far this season, with the reigning Bundesliga champions having opened their title defence with a 2-1 win over Wolfsburg.

And, while Ribery expects to sit out the league clash with Schalke next weekend, he has his sights set on the visit of Stuttgart on September 13th as his potential comeback game.

He told Bild: “I might not be able to train with the team on Monday or Tuesday, but I hope I will be able to on Wednesday or Thursday.

“The Schalke match probably comes a bit early for me, but I want to take part in our next home game against Stuttgart. I hope that I will be 100 per cent fit after the international break.”

Bayern are 1.12 to win a third straight Bundesliga crown, with Borussia Dortmund 6.00 and Schalke 28.00.

Winger Ribery bowed out of international football with Les Bleus after being forced to miss the World Cup finals and will therefore have extra time to prepare to aid Bayern during the international break in a week’s time.

France, as hosts, are not included in the Euro2016 qualifiers, but will face a tough test of their mettle when they take on Spain and then Serbia in friendlies.

Les Bleus showed up well at the World Cup finals before losing 1-0 to eventual champions Germany in the quarter-finals.