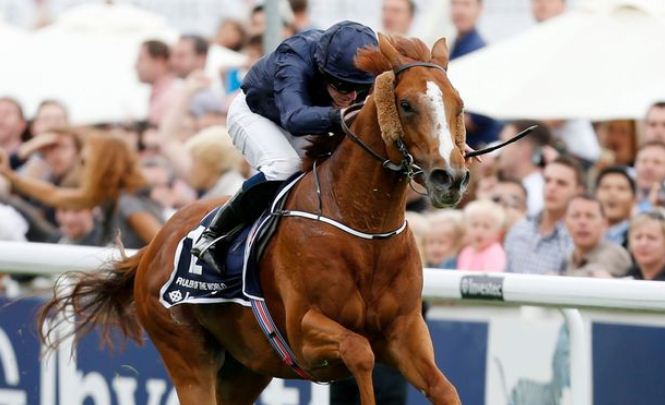 Epsom Derby winner Ruler Of The World is to have a rest after flopping in his follow-up bid in the Irish equivalent at the weekend.

Trainer Aidan O’Brien has confirmed that the son of Galileo, who was unbeaten in three starts before his defeat behind Trading Leather at the Curragh, will not be seen until the autumn when he is likely to be dropped down in distance to 10 furlongs.

That decision must throw some doubt on the colt’s entries in some of the big middle-distance events still to come, including the Prix de l’Arc de Triomphe.

O’Brien is of the opinion that the horse has done too much, too soon and will benefit from a summer break.

Referring to Ruler Of The World’s lacklustre effort at the weekend, O’Brien said: “He got a little bit warm and maybe he was saying he’d maybe had enough – maybe I should have spotted it.

“He’ll have a little break now and come back in the autumn and possibly go back to a mile and a quarter.

“Jim Bolger’s horse was in great order, but it was a great day – far from everything was lost.”

Son Joseph echoed those sentiments: “From five furlongs out it didn’t feel like he was travelling as well as I would have wanted.

“For a horse who didn’t race at all at two, perhaps it was too much to ask him to have those three quick races, at Chester, Epsom and then here.”

The official handicapper can at least feel happy with his judgement, having rated the horse just 120 after his Epsom triumph, the lowest mark earned by any Derby winner this century.