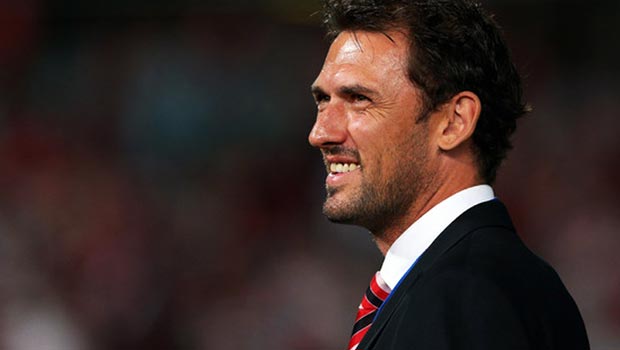 The 41-year-old spent five years at the club from 2001-2006 where the centre-back made over 120 appearances and was eventually made club captain after becoming an integral part of the first-team.

Since retiring from the game, Popovic has gone into the management side and the former defender was assistant manager at Sydney FC from 2008-2011.

Popovic did return to Selhurst Park as Dougie Freedman’s number two in 2011, only to take the job as manager of Western Sydney Wanderers a year later, guiding them to the Premiers plate in 2012-13.

The odds about the Australian to succeed former Palace boss Tony Pulis had shortened recently with many reports suggesting the defender was close to being named.

However, Popovic has dismissed these rumours after admitting there has been no contact from officials at Crystal Palace.

“No there’s been no conversations with anyone in regards to that and it’s not for us to speak about speculation,” he said.

“If there was something happening we’d certainly speak to you about it.”

Former Tottenham manager Tim Sherwood is the favourite to replace Pulis, with ex-Cardiff boss Malky Mackay also said to be close in the running for the job.

Palace began their new season with a 2-1 loss against Arsenal, and, after a spirited performance, the Eagles are 2.37 to defeat West Ham in their game, with the Hammers slight outsiders at 3.02.