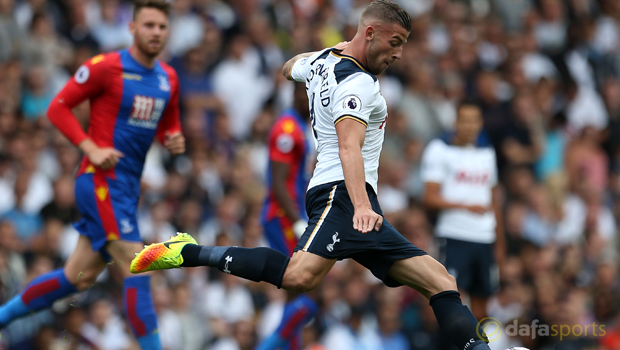 Toby Alderweireld says Tottenham’s young side are relishing the opportunity of playing in the Champions League.

Spurs, who are 41.00 to win the competition, impressed last season in pushing Leicester all the way in the Premier League title race before falling off in the final weeks and eventually having to settle for third place.

However, that experience is expected to stand them in good stead going forward and boss Mauricio Pochettino appears to have strengthened his squad in the areas required to give them the depth they lacked at times in 2015-16.

Next month will see the club return to the Champions League for the first time since 2010-11 and, having been placed in pot three, the north Londoners will be hoping for a favourable draw when the groups are decided in Monaco on Thursday.

Playing in European football’s premier club competition appears to be ideal for Spurs’ young side.

It may also help them domestically as for the duration of the group stage, at least, they will not have to put up with the Thursday-Sunday slog that comes with the Europa League.

Alderweireld previously featured in the Champions League for Ajax before losing the final of the 2013-14 competition with Atletico Madrid, who are currently 15.00 to lift the trophy.

Ongoing building work at White Hart Lane means Spurs will get to play their European games at Wembley this season and the Belgian admits his side cannot wait to start their campaign.

“We’re looking forward to it. We’re very excited to play in the Champions League and I think it will be the next step for the young team we have,” Alderweireld said.

“We can go through and you have to believe that we can win every game.”