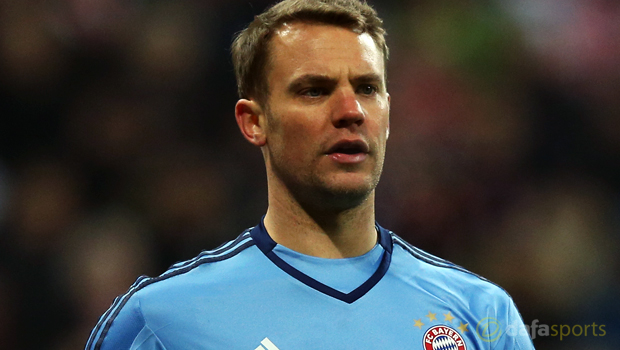 Manuel Neuer has warned his Bayern Munich team-mates that they cannot take anything for granted ahead of the new Bundesliga season.

The Bavarians have won the title for the last four years and, having also lifted the DFB-Pokal in three of those campaigns, have re-established themselves as the dominant force in German football.

Following the departure of boss Pep Guardiola, the similarly talented Carlo Ancelotti has taken over in the dugout and is expected to carry on their success, with Bayern currently 1.13 to again top the standings.

Goalkeeper Neuer will form part of an already formidable spine which has been further bolstered by the return of fellow World Cup winner Mats Hummels to the club after seven years at Borussia Dortmund.

Bayern begin their Bundesliga defence on Friday when Werder Bremen are the visitors to the Allianz Arena.

Having opened their campaign with a 2-0 victory over Dortmund in the Super Cup and a comfortable 5-0 win away at FC Carl Zeiss Jena in the DFB-Pokal, they will be looking to step up another level in the league.

Even though they are the clear favourites for success, Neuer is taking nothing for granted ahead of the new season.

The goalkeeper admits he is excited about getting back down to business but has warned his team-mates they will consistently need to be at their best if they are to enjoy another trophy-laden term.

“I’m looking forward to the upcoming challenges,” he told the club’s official website.

“We start again from scratch, we have to do it all over again. There will be no presents.”