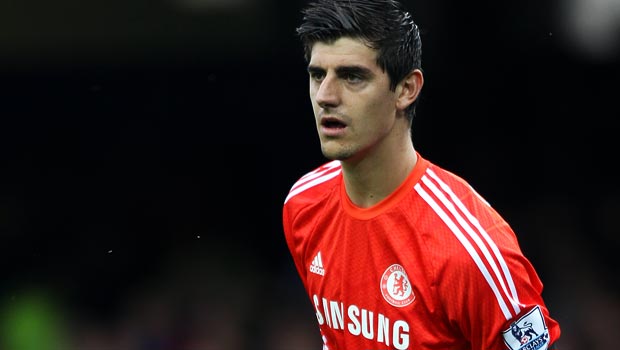 Thibaut Courtois’ rise into the Chelsea first team has been rewarded with a new five-year contract.

The Belgium international goalkeeper has dislodged veteran Petr Cech this season after returning from a three-year loan spell with Atletico Madrid.

The 22-year-old was a big hit at the Vicente Calderon after helping Los Colchoneros win the La Liga, Copa del Rey, Europa League and UEFA Super Cup during his extended spell in Spain.

Courtois’ form saw him recalled to Stamford Bridge at the end of last season and he has now put pen to paper on a new long-term contract.

He said: “I’m very happy with this new deal, it’s really nice to have signed this new contract for five years.

“My future was already sorted but it’s nice to know I’m going to be here for another five years and now I can just concentrate on playing games.

“I hope we can win a lot of games and trophies.”

Courtois was signed from Belgian side Genk in 2011 but was immediately loaned out to Atleti and had to wait until this season to make his Blues debut.

He is likely to continue in goal this weekend when Chelsea entertain Swansea on Saturday afternoon.

Both sides have made 100% winning starts to the new Premier League season with three wins from as many games so something has to give at Stamford Bridge.

Summer signings Diego Costa and Cesc Fabregas are in the running for the player of the month award.