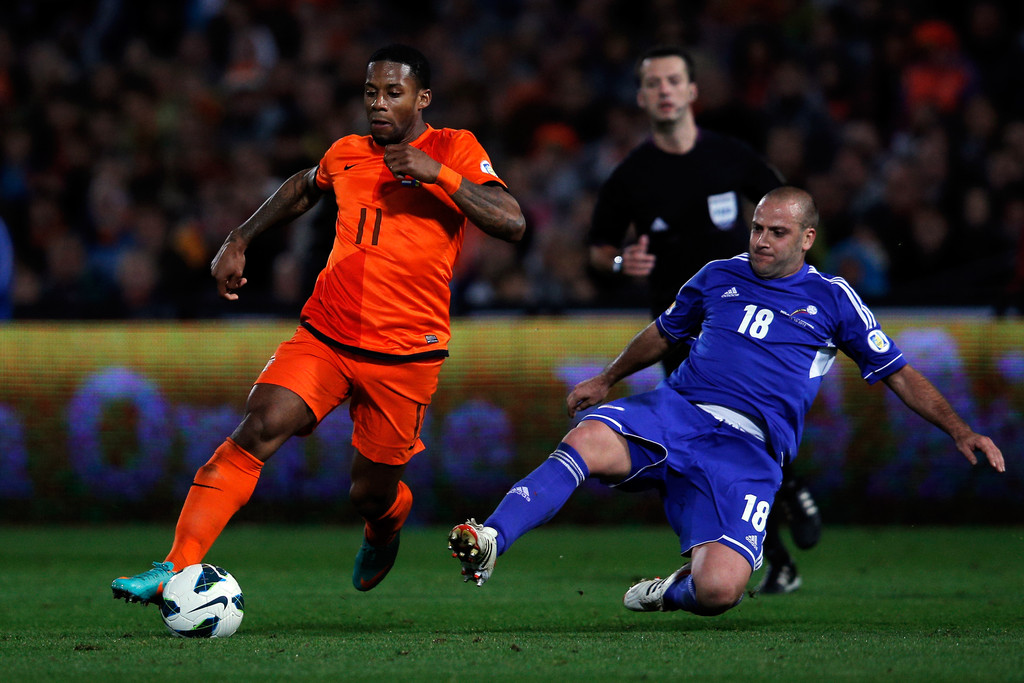 Lens was a handful for the defence and made them pay.

The Netherlands cruised past Romania 4-0 in their World Cup qualifier in Amsterdam on Tuesday.

Rafael van der Vaart opened the scoring for the hosts before Robin van Persie doubled the lead after the restart.

The Manchester United striker then picked up his brace from a penalty kick before Jeremain Lens closed things out with the team’s fourth in the closing stages of the matchup.

With an attacking mindset from the kickoff, the hosts came close to scoring in several occasions early in the contest.

Kevin Strootman had an attempt saved by Costel Pantilimon before van Persie shot over the bar after a superb cross by Lens.

However, in the 12th minute the Nethelands took the lead.

Lens provided another stunning cross which found RVP, who then passed on to van der Vaart for a right-footed shot from 18 yards.

The visitors responded well and almost found an equaliser in the 38th after Adrian Popa took a low shot from a narrow angle, but only to be saved by Kenneth Vermeer.

But it was the hosts who scored the next goal in the 56th after Arjen Robben’s vross found van Persie’s head to make it 2-0.

Lens was clearly too much for the Romanian defence to handle and after being taken down in the penalty area by Gardos, the referee had no choice but to point to the spot.

RVP then secured his second goal with a calmly collected kick to surprass Johan Cruyff’s international goal tally with his 34th goal.

To cap off a fitting end, Lens found his name in the scoresheet after Adam Maher’s shot wasn’t handled well by Pantilimon and Lens tapped home the goal to seal the victory.

Netherlands are on top of Group D with 18 points, while Romaina are third with 10.