Montenegro draw against England to remain as leaders of Group H 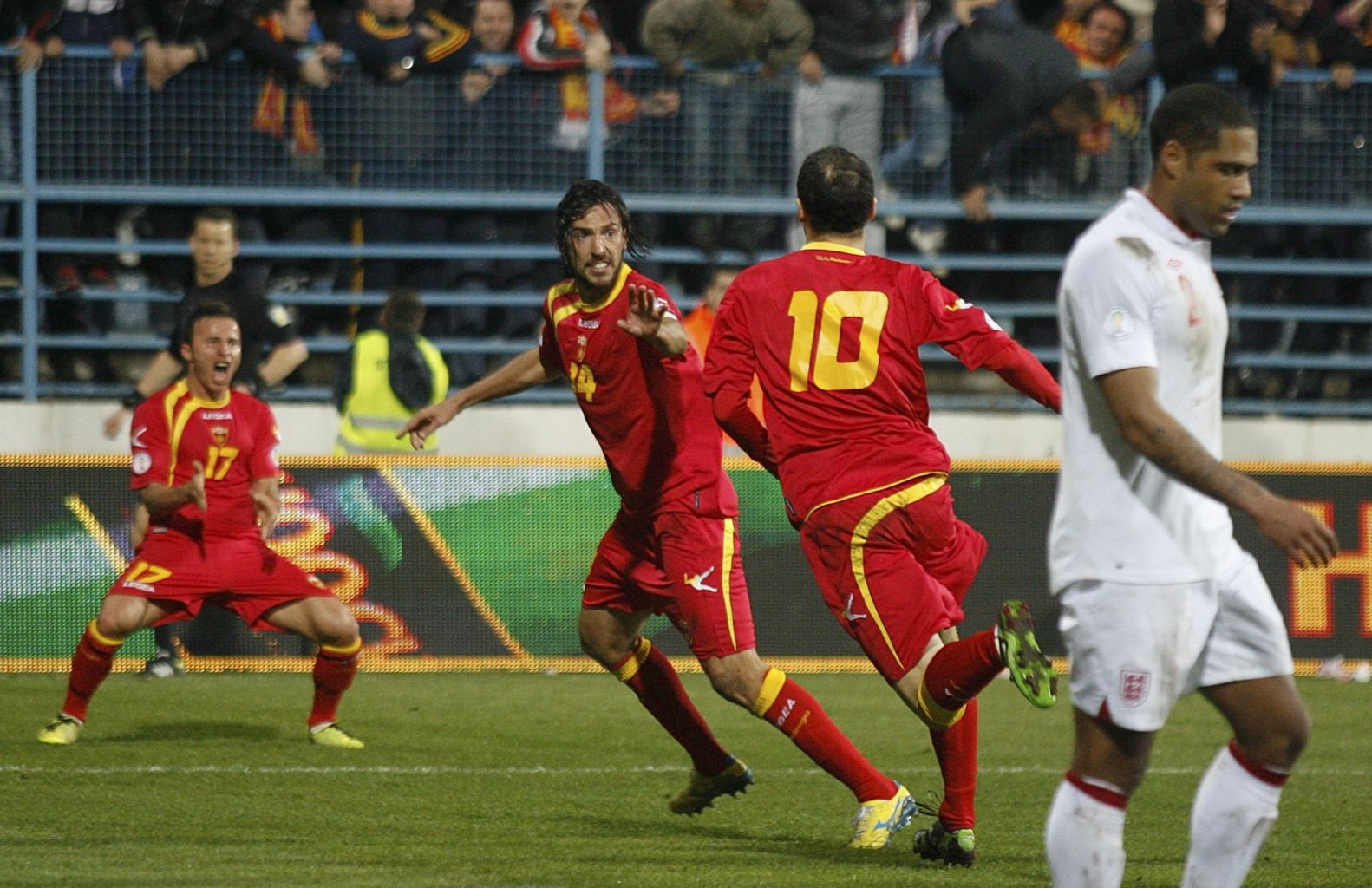 Montenegro held England to a 1-1 draw to remain as leaders of Group H in the FIFA 2014 World Cup qualifiers.

Montenegro held England to a 1-1 draw to remain as leaders of Group H in the FIFA 2014 World Cup qualifiers in Podgorica on Tuesday.

Wayne Rooney opened the scoring in the 6th minute of the match only to be cancelled out with Dejan Damjanovic equalising in the 76th.

With the result, the Three Lions are still second with 11 points, while Montenegro are on top with 13.

Heading into the match, the Englishmen were reminded of their last match at Podgorica, where they let a two-goal lead slip and Rooney saw red after stamping on an opponent in the second half.

And the Manchester United forward seemed to have made amends for the country after scoring from a Steven Gerrard corner due to lazy marking from the Montenegrin defenders.

With the early goal, it seemed that the visitors were set to pile it on.

In the 24th minute they almost doubled their lead with Danny Welbeck and Rooney trying to counter-attack.

Welbeck threatened again just before half-time but was taken down by Stefan Savic. The Manchester player was given a yellow for simulation, despite shouts for a penalty.

After being dominated in the first half, the hosts appeared revitalised in the second frame, and almost leveled the score with a Stevan Jovetic strike which hit the outside of the net in the 47th.

With wave after wave of attacks, the England defence couldn’t hold on any longer and Damjanovic poked home a goalmouth scramble to level the terms in the 76th minute.

Trying to respond, Gerrard went on the attack and ultimately tested Mladen Bozovic to make two saves in the closing stages of the match.

With the draw, the Englishmen still have a lot to do to avoid a World Cup qualification playoff.