Pedro scored the game’s only goal as Spain beat France 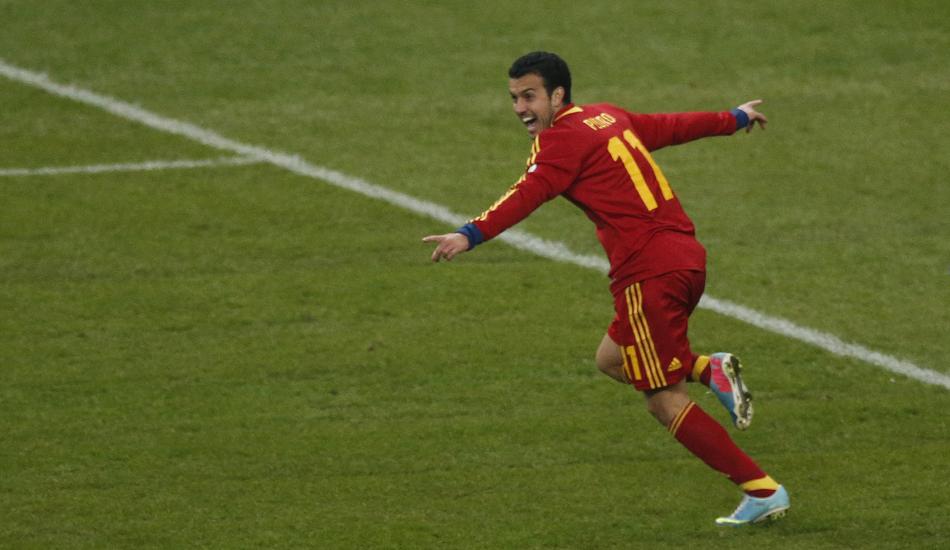 Spain on top of Group I of the World Cup qualifiers after beating France 1-0 in Paris on Tuesday.

Pedro scored the match’s only goal before the hour-mark to reward the world champions a well-deserved victory.

France, on the other hand, were dealt a big blow as Paul Pogba was given a red card which reduced Didier Deschamps’ lineup to 10 mean.

As expected the La Roja dominated possession of the ball. However, their threats were few as they found it difficult to break down the hosts’ defences.

But with Xavi’s cross releasing Nacho Monreal on the left flank, it opened up a gap for Pedro to run behind Hugo Lloris and put the ball recklessly on back of the line for the goal.

The Spanish attacker and French goalkeeper had their moments in the first half, with the former screaming for a penalty call after the latter seemed to clip him as they both went for the ball – but no whistles were blown.

France had their chances in the game, especially with the first half as Karim Benzema could not produce a goal after Christophe Jallet’s raid down the right, while Franck Ribery missed his own chance to get the ball past Victor Valdes.

In the second half the attacks from the hosts died down a little and it was Lloris who had to be ready as the European champions tried to setup an attack.

After the Pedro goal, Blaise Matuidi had a chance to level the score after being setup by Ribery, but Valdes had a great position and stopped the shot.

They continued to attack even after Pogba’s sending off, with Ribery striking from the top of the box only for the shot to drag wide.

Unfortunately, they could not find the equaliser and they surrendered their first defeat under Deschamps, as well as the table lead.