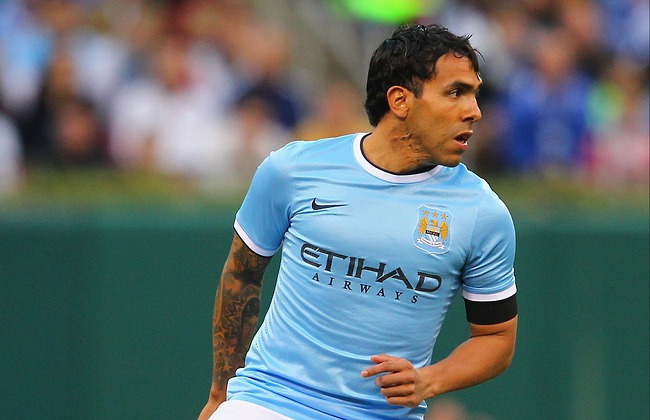 Carlos Tevez has admitted that his future at Manchester City is very much up in the air at the moment.

Carlos Tevez has admitted that is future at Manchester City is very much up in the air at the moment, although he has revealed he will not be returning to Boca Juniors this summer.

The Argentinean has endured a mixed time at the Etihad Stadium and was seemingly on his way out of the club after his falling out with Roberto Mancini during a Champions League game at Bayern Munich.

After a period of exile however, Tevez patched up his differences with the Italian coach before helping City win the Premier League title in 2011/12.
Although back in the good books, Tevez and his team-mates ultimately fell short of expectations last term, finishing as runners-up in both the league and FA Cup, while they again disappointed on Europe’s biggest stage.

Now the players have to contend with a new manager coming in following the appointment of Manuel Pellegrini on a three-year deal and he will no doubt have his own plans regarding the shape of the squad.

City have been linked with a number of star players as they look to get back to winning trophies and with just a year left on his current contract, Tevez admits he doesn’t know if he is wanted by the new coach.

“I really don’t know anything about my future, I have to wait for news. I am on vacations and for the moment I haven’t been told anything,” he told Radio Cooperativa.

“The supporters of Boca know that I want to go back there, but this year isn’t the moment.”

City have been strongly linked with a move for Napoli hotshot Edinson Cavani, while Paris Saint-Germain and Monaco have been credited with an interest in signing Tevez.