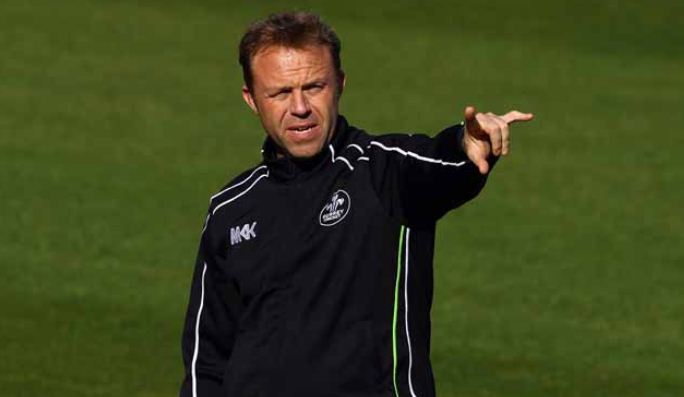 Surrey have moved to turn their ailing season around by sacking team director Chris Adams and first-team coach Ian Salisbury.

Adams arrived at The Oval in a high-profile move from Sussex five years ago but only managed to secure the Clydesdale Bank 40 Trophy in 2011, despite heavy investment in the squad.

Adams has had to deal with the trauma surrounding Tom Maynard, who was killed in a Tube accident died last year, while former captain Rory Hamilton-Brown has decided he wanted a fresh start and moved to Sussex.

Adams’ move to bring in high-profile but ageing players such as Graeme Smith and Ricky Ponting has failed to have the desired effect as the Brown Caps have yet to win a County Championship match and are once again dangerously close to the relegation places.

The powers-that-be have decided enough is enough and moved to replace Adams and Salisbury with Alex Stewart and bowling coach Stuart Barnes, at least on a temporary basis.

A statement from Surrey today read: “Team director Chris Adams and first-team coach Ian Salisbury have been stood down from their responsibilities at Surrey CCC with immediate effect.

“Surrey CCC would like to thank them both for their hard work and contribution, which culminated in winning the CB40 Trophy in 2011.

“Executive director Alec Stewart and bowling coach Stuart Barnes will assume wider responsibilities in order to take charge of team affairs starting with Surrey’s next fixture at Yorkshire starting on Friday June 21, in which Surrey will be seeking their first win of the Championship season.”

Surrey currently lie in seventh place in the Division One table after six draws and two defeats, just eight points above the drop zone, while they are in sixth place out of seven – only above Scotland – after seven games in Group B of the Yorkshire Bank 40.