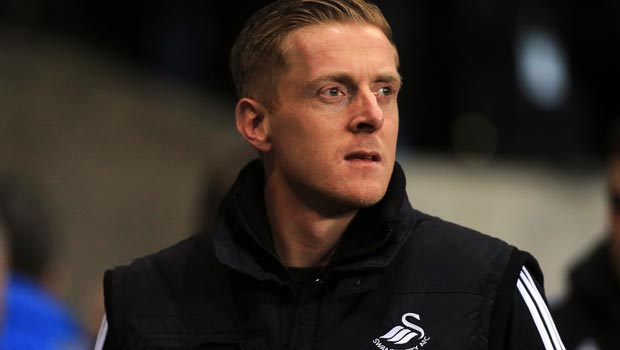 Swansea City chairman Huw Jenkins insists manager Garry Monk will not be looking to sign any central defenders this summer as long as they can keep hold of their current options.

Monk has already brought in goalkeeper Lukasz Fabianski and striker Bafetimibi Gomis this summer, while Marvin Emnes has agreed a permanent move following his loan spell at the Liberty Stadium last term.

The Welsh outfit have been linked with further targets since the end of the season in the shape of Napoli’s Federico Fernandez,
Manchester City outcast Jack Rodwell, Celtic’s Virgil van Dijk and Bosnia international Muhamed Besic.

However, Jenkins believes the options Monk currently has to play in the centre of defence – with Ashley Williams, Chico Flores and Jordi Amat and Alan Tate all available – are good enough to help the club continue moving in the right direction.

Jenkins said: “I think Garry has got his four central defenders and until that changes, that’s the way it will stay,”

Williams and Flores have both attracted interest for their performances over the past couple of terms but Jenkins expects they will both stay put.

Swans captain Williams penned a new four-year deal with the club at the start of July and stated: “I hope to finish my career here”.

Jenkins has confirmed that the 2013 Capital One Cup winners do, though, look set to lose at least one key player this summer with Napoli closing in on a deal for Michu.

The chairman admitted that they had entered into talks but they had not come to a final decision.

He added: “Napoli have enquired about Michu and we have been talking to them and to Michu’s agent.

“But there are other options and nothing is finalised yet.”

Swansea who are priced at 7.38 to win their season opener start with a trip to Old Trafford to take on Louis van Gaal’s Manchester United who are available at 1.35 to claim victory on August 16.