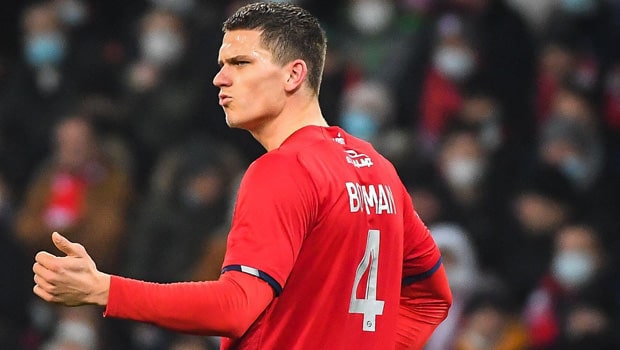 The ‘Magpies’ announced the signing of Sven Botman. The 22-year-old Dutch defender, who was unsuccessfully tried to sign him in January, leaves Lille and signs a five-year contract with the St James’ Park outfit.

Botman was one of the most coveted center backs in Europe. Milan strongly insisted on taking him to the San Siro, but, in the end, Newcastle’s greater economic power won the race for his signing.

“I am really happy to have worn the LOSC jersey for two years. It was an incredible adventure and memories that I will never forget,” Botman wrote on social media about him.

Botman trained at Ajax in Amsterdam. On loan in 2019-2020 to Dutch side Heerenveen, he then caught the attention of Lille’s recruiters, who signed him in the summer of 2020 for €8m.

Botman formed a very competitive duo for two seasons with the experienced Portuguese José Fonte, significantly contributing to the title of French champion won by the club in 2021.

Botman made 25 appearances and scored three goals in Ligue 1 last season, missing 11 league games with muscle injuries. His absence reflected on the club’s performance and highlighted Botman’s relevance to the club.

He is Newcastle’s third, signing this window after cashing out Targett’s €17.5m option to Aston Villa and signing goalkeeper Nick Pope for €11.5m paid to Burnley.

Newcastle are expected to make more moves and attract some high-caliber players to their project due to the club’s financial capital since it was acquired by a Saudi investment fund last year.